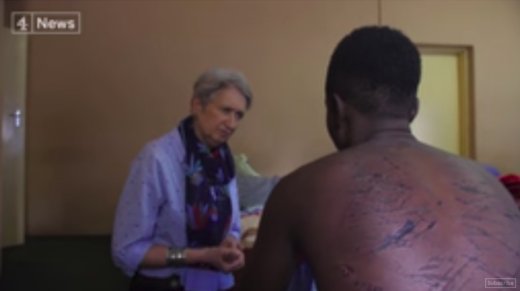 The Zimbabwe Lawyers for Human Rights (ZLHR) says the Zimbabwe Republic Police (ZRP) has arrested 28 people who were attacked by soldiers.

The 28 victims appeared on a documentary on Channel 4 News. ZLHR says police denied them access to the 28 people who are detained at Harare Central. Said ZLHR:

It is regrettable, deplorable and very inhumane for state agents to raid 28 injured people who were receiving medical treatment during early hours. The 28 are detained at Harare Central. Lawyers were denied access.

We are saddened to report that the 28 victims who appeared in this Channel 4 documentary were arrested in a late night raid on the medical facility.