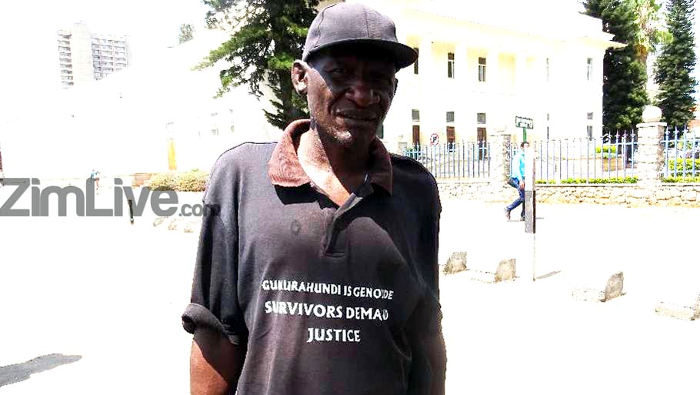 A Gukurahundi activist in Bulawayo, Charles Thomas, has been charged with the murder of a policeman killed during the Shutdown Zimbabwe riots last week. Along with co-accused Bernard Sibanda, Thomas is said to have stoned the police officer to death.

The deceased police office is called Constable Alexio Maune and he said to have been attacked while fleeing. He was taken to a hospital but later died from injuries on his head.

Said a prosecutor at court:

“The two were part of the mob that was committing public violence. Sibanda struck Maune with a stone on the head and he fell to the ground. The mob grabbed Maune and ordered him to the ground before Thomas repeatedly struck him at the back of his head until blood gushed out,”

AMthwakazi Liberation Front (MLF) member and activist, Charles Thomas was once arrested in 2011 and tried for treason in the years that followed. The trial was postponed in January 2014 when the state was asked to do some submissions which they had to prepare for. There’s not much information about the case thereafter.