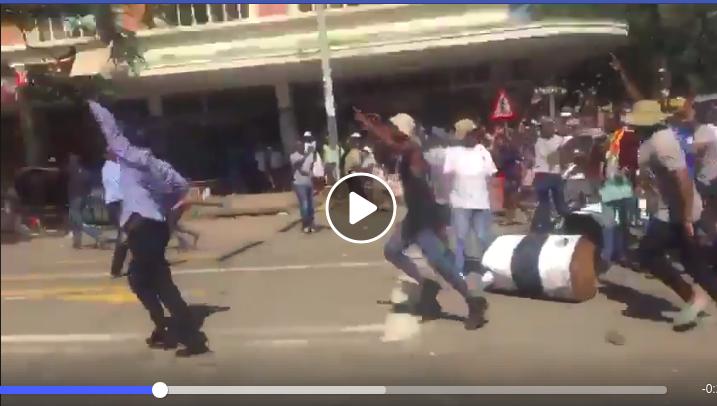 Bulawayo Provincial Affairs Minister  Judith Ncube yesterday said residents are saying there was group of people who allegedly moved around breaking into shops and encouraging residents to loot.

Ncube said residents who might have information on those who moved around breaking into shops should inform the police. Said Ncube:

Investigations on the matter are already in progress. I’m happy that some of the people have started providing the police with information. Those with this information may they please approach the police so that police can investigate the cases, because what happened is uncalled for. Looking at the nature of destruction, particularly Choppies Supermarkets, it is quite clear that it was not random looting, but it was planned and we also noted that some chemicals were used to burn these shops and certainly this requires further investigations. Most of our people just got into the bandwagon without knowing that this was planned arson and precisely this is terrorism.