ZUPCO has reportedly released the schedules of its bus trips for Harare.

We include a table below with the known information. We will be updating it as new information comes. 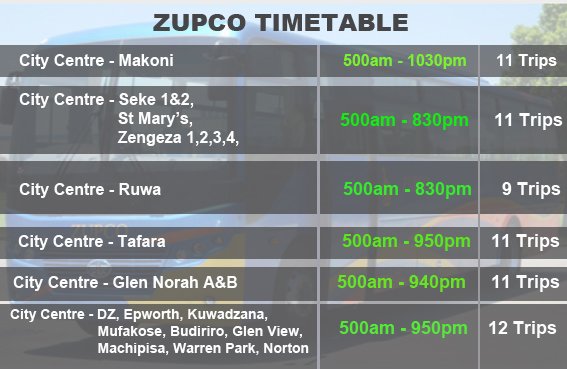