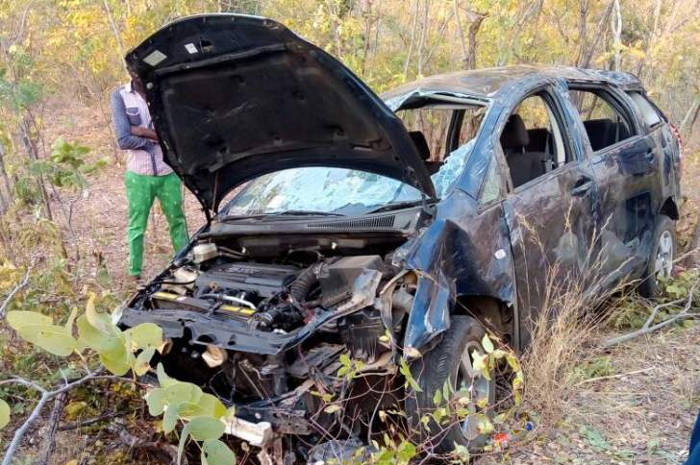 5 people travelling in Toyota Wish were killed last night after the car was involved in an accident. The car was travelling from Chegutu to Chinhoyi. Remains of the car and the deceased were discovered in a bush by passersby today morning.

“The accident occurred at the 80km peg along the Chegutu-Chinhoyi Road, this is about 20 kilometres to Chinhoyi when the driver of the Toyota Wish is suspected to have lost control of the vehicle. Indications are that the vehicle veered off the road, overturned several times before landing on its left side about 20 metres from the road.”

Toyota Wish vehicles are widely used in Zimbabwe to ferry people between towns and cities. The vehicles are generally not registered to provide public transport.

Note: The image used for this story is a file photo and not one of the accident in the article