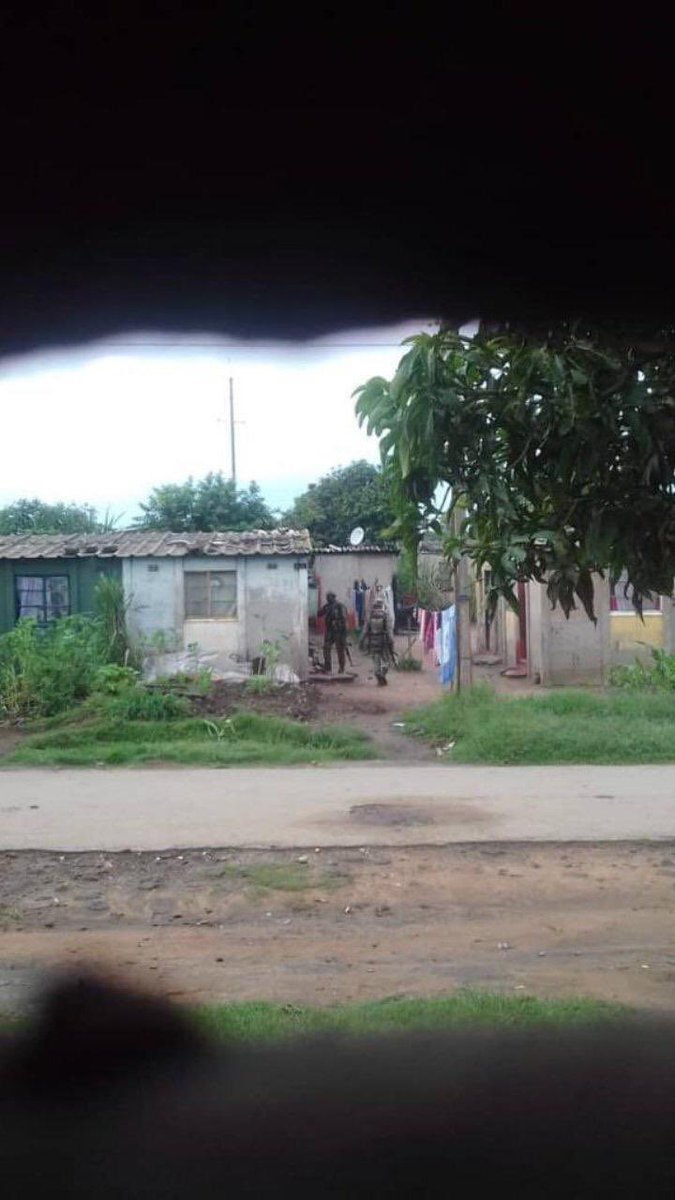 Reports indicate that soldiers have been highly visible in residential areas around the country. The soldiers, armed to the teeth with AK-47 assault rifles and moving in truckloads, descended on Ruwa on Sunday around mid-morning.

The soldiers reportedly assaulted dozens of men in the area, causing residents to flee in terror and forcing shops to close. Even passersby were not spared either.

On Saturday night, the police and army, in a joint press conference, assured citizens that their security will be guaranteed. Army spokesperson Colonel Overson Mugwisi said

The security services want to reiterate the assurance by the government that adequate security has been put in place to ensure members of the public and business go about their activities without hindrance.

The Zimbabwe Defence Forces and security services remain committed to the provision of the safety and security to all members of the public.

However, in the avenues area of Harare and Mufakose, there were reports of soldiers moving around and beating up people.