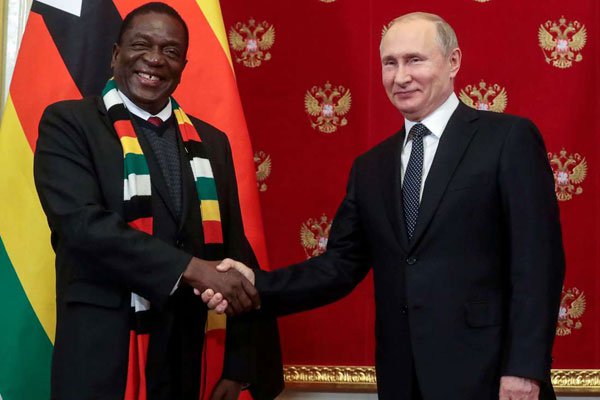 Plans to impeach President Emmerson Mnangagwa were allegedly abandoned after the rebels failed to gather enough MPs to support impeachment proceedings according to a report.

A Mnangagwa loyalist, former Deputy Minister for Finance, Terence Mukupe reportedly said that the plan failed because the President received “words of comfort” from “ZIPRA cadres”. This is thought to be a veiled reference to Zimbabwe Defence Forces Commander Phillip Valerio Sibanda, who fought the liberation war on the side of the Zimbabwe People’s Revolutionary Army (ZIPRA).

President Mnangagwa on Sunday cut short his visit to Europe. He was expected to attend the World Economic Forum in Davos but instead, he chose to rush back home. One of Mnangagwa’s firm backers, Gokwe-Nembudziya MP, Justice Mayor Wadyajena tweeted early on Monday morning:

They threatened to kill me and harm my family. I stand by @edmnangagwa and wish they knew ours isn’t just a political relationship. However they try, we’ll NEVER QUIT nor be intimidated. The plot is foiled, they lack numbers for impeachment and the devil isn’t @ProfJNMoyo but amongst us!

A ZANU PF insider who spoke to ZimLive.com said that the threat to impeach Mnangagwa did not go away. Said the source: