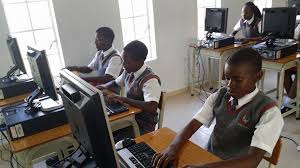 In separate interviews with the Daily News, the Zimbabwe Teachers Association (Zimta) and the Progressive Teachers’ Union of Zimbabwe (PTUZ) both blamed the New Curriculum and austerity measures for the low pass rate. Zimta president Richard Gundani said:

The lower pass-rate recorded for Geography in the November 2018 Advanced Level examinations is attributed to the changes in the new curriculum. The subject has become very scientific.

There is this Geometric Information System that has been introduced. It requires complex skills and well-developed computer labs that most schools don’t have. It also needs well-trained teachers and most requirements have not been availed.

The lower pass rate recorded for Geography has to do with the new curriculum. This GIS that they have introduced has caused problems for teachers. The literature is not available. There have been complaints from teachers that some of the concepts are new, so the teachers are learning while teaching at the same time.

What is troubling is that there were confusion and lack of clarity from Zimsec on the syllabi. Even the teachers were at sea in terms of what areas the students were going to be examined on, so the students just became guinea pigs.

The syllabus was not clear on how the papers were going to be structured. Please, for the future examinations, the syllabi have to be clear. Teachers have been very clear, we don’t want to victimise these children.