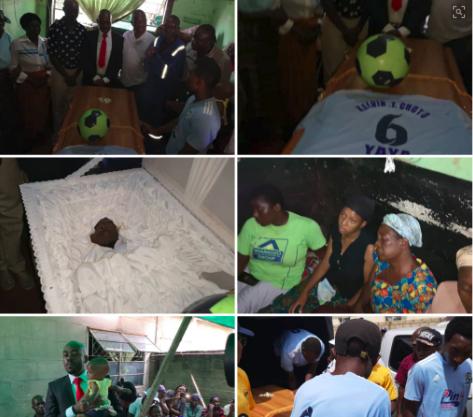 Nelson Chamisa today attended the funeral 22 year old Kelvin Tinashe Choto before his burial at Zororo cemetery in Chitungwiza. Choto was allegedly shot by soldiers in the head outside his home on Monday. Choto is one of the few victims of the gun violence on protestors and residence who has been named so far.

Note: if video below is not visible, please use VPN as it’s being served from Facebook

Kelvin Tinashe Choto was a 22-year-old man from Makoni, Chitungwiza who died after being shot by the Zimbabwe Republic Police during the January 2019 Protests. He was a football player. Before the family of Kelvin Tinashe Choto knew he had been killed, social media in... Read More About Tinashe Choto