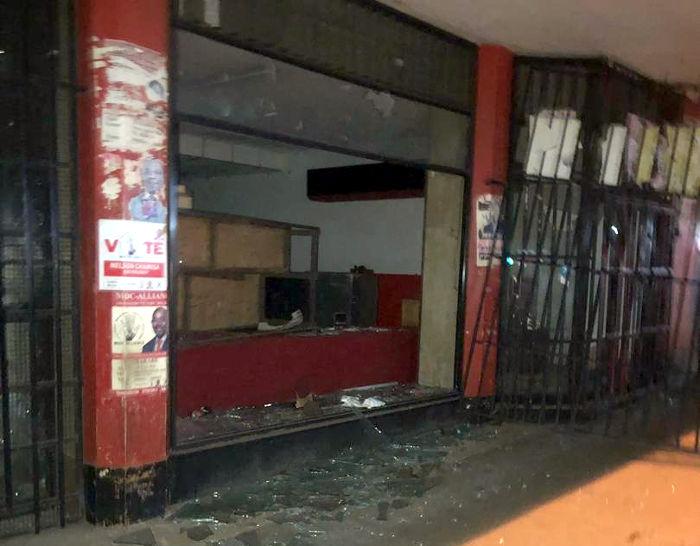 Political analyst, Mr Goodwine Mureriwa told The Herald the MDC bombed its own headquarters Morgan Tsvangirai House formerly Harvest House so that it could blame Zanu-PF for the violent demonstrations that characterised the stay away.

He said the Zimbabwe Doctors for Human Rights is also inflating the number of those injured to create a pretext for intervention on humanitarian grounds. Said Mureriwa:

They targeted police stations for attack so as to provoke a firm response by the police that could lead to many casualties. Their objective will not be achieved without dead bodies and to strengthen their resolve, they also had to bomb their own offices (Harvest House) to portray Zanu-PF as a doctor of violence, violence which they instigated.