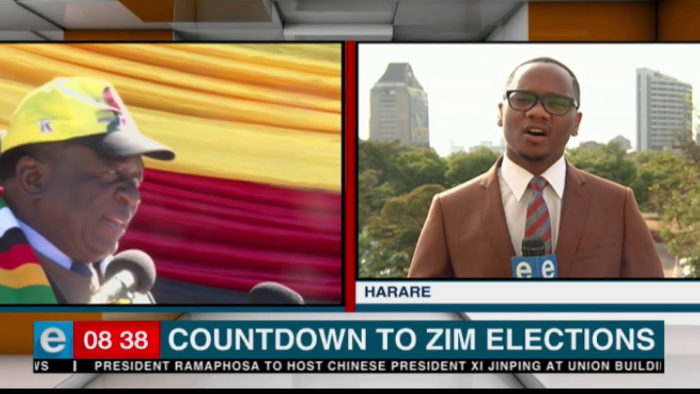 The Zimbabwe government deported two South African journalists on the morning of 18 January 2019, amid reports of violence by security forces on Zimbabweans. The two are E-TV journalists Aldrin Sampear and Linge Ndabambi.

In a statement, Media Alliance of Zimbabwe (Maz) said:

The Media Alliance of Zimbabwe is appalled at the decision by the government of Zimbabwe to deport two South African journalists on the morning of the 18th of January 2019. The deportation of the foreign journalists comes on the backdrop of the second directive by government to completely shut down the Internet in response to widespread citizens’ demonstrations, violent protests and a heavy-handed State response that has plunged the country into crisis.

The government is accused of unleashingthe security forces on Zimbabweans following violent protests on 14 January 2019. It blocked access to the internet twice this week, for 30 hours, then for 15 hours on separate occassions. Access to the social media apps remains blocked.