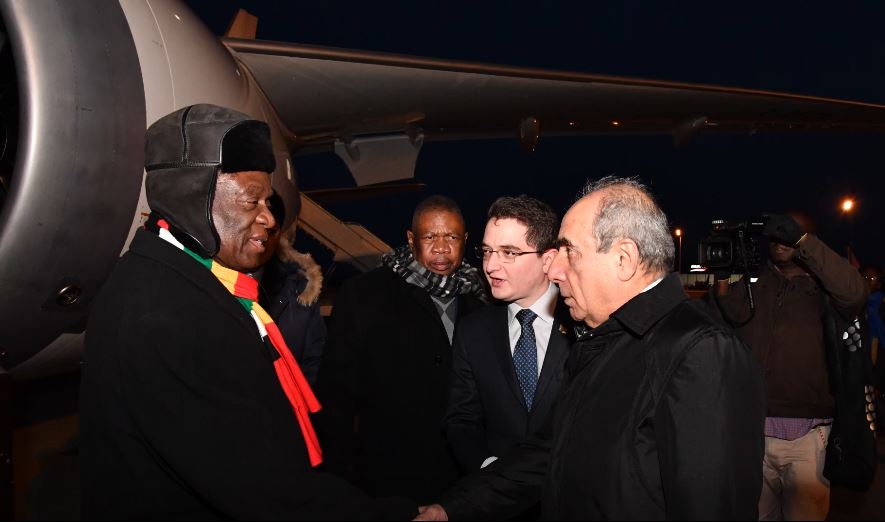 President Emmerson Mnangagwa arrived in Azerbaijan on the third leg of his visit to Eastern Europe after visiting Moscow in Russia and Minsk in Belarus.

Mnangagwa and his delegation which includes ministers Mthuli Ncube and Winston Chitando was received at Heydar Aliev Airport in the Azerbaijani capital Baku by the first Deputy Prime Minister Mr Yaqub Eyyubov. Other ministers Perrence Shiri who is Acting Minister of Foreign Affairs remained behind in Minsk to conclude deals pertaining to agriculture while Reserve Bank of Zimbabwe governor John Mangudya remained in Moscow.