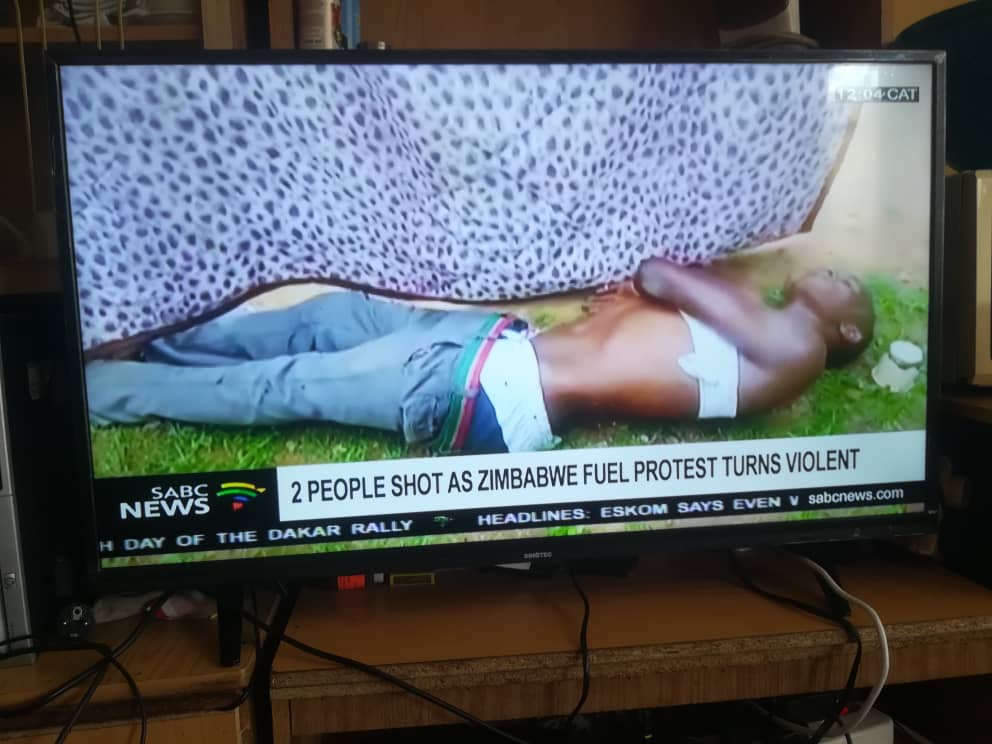 The U.S. Embassy in Zimbabwe says it is “alarmed” by credible reports that security forces are targeting and beating activists and labour leaders. A local doctors’ rights group, The Zimbabwe Association of Doctors for Human Rights (ZADHR) says it has treated 68 gunshot cases.

The U.S. statement on Thursday also urges Zimbabwe’s government to restore access to social media as the country faces its worst unrest since deadly post-election violence in August. Zimbabweans this week heeded a nationwide stay-at-home call after the government dramatically increased fuel prices in the economically shattered country.

A prominent pastor and activist Evan Mawarire is currently in court in the capital, Harare, accused of inciting violence. Zimbabwe’s state security minister has said more than 600 people have been arrested.

President Emmerson Mnangagwa who is on a five-nation tour of Eurasia has denounced what he called “wanton violence and cynical destruction.”