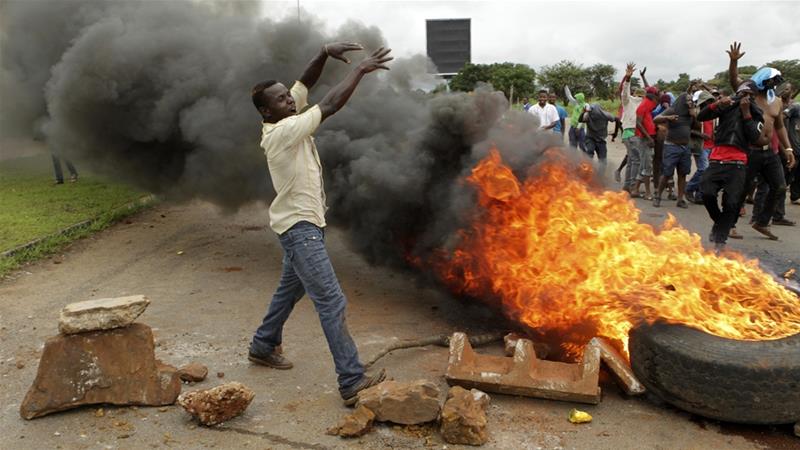 Britain on Tuesday summoned Zimbabwe’s ambassador Christian Katsande to express its displeasure over a clampdown on protestors by the police and army.

Britain’s Minister of State for Africa Harriet Baldwin revealed the meeting with Katsande on Twitter when she wrote:

Just spoken to Zimbabwean ambassador regarding this week’s protests in Zimbabwe. Worrying levels of violence – urged restraint from security forces and the need to restore internet access.

Britain’s ambassador to Zimbabwe Melanie Robinson revealed that she had met with government officials on Wednesday to hold discussions over security forces’ response to demonstrations. Said Robinson:

We’ve been following up Minister Baldwin’s conversation last night with the Zimbabwean authorities here today. Continuing to raise our concerns about the violence and fatalities, and urging restraint.

The European Union’s plenipotentiary in Zimbabwe Timo Olkkonen said that the internet blackout imposed by the government since Monday and partially lifted on Wednesday also affected them:

Zimbabwe is online again. The past days require thorough assessment. It’s clear what has happened is tragic. Priorities now are urgent access to medical services for those that are hurt and guarantee due legal process for detainees. EU is supporting these efforts.

The country has been in the jaws of upheaval since Monday morning. The protests, violent in some areas, resulted from general economic misery being experienced by ordinary people, compounded by President Emmerson Mnangagwa’s ill-advised move on Saturday night to announce on national television that the price of fuel will go up by at least 150 per cent.