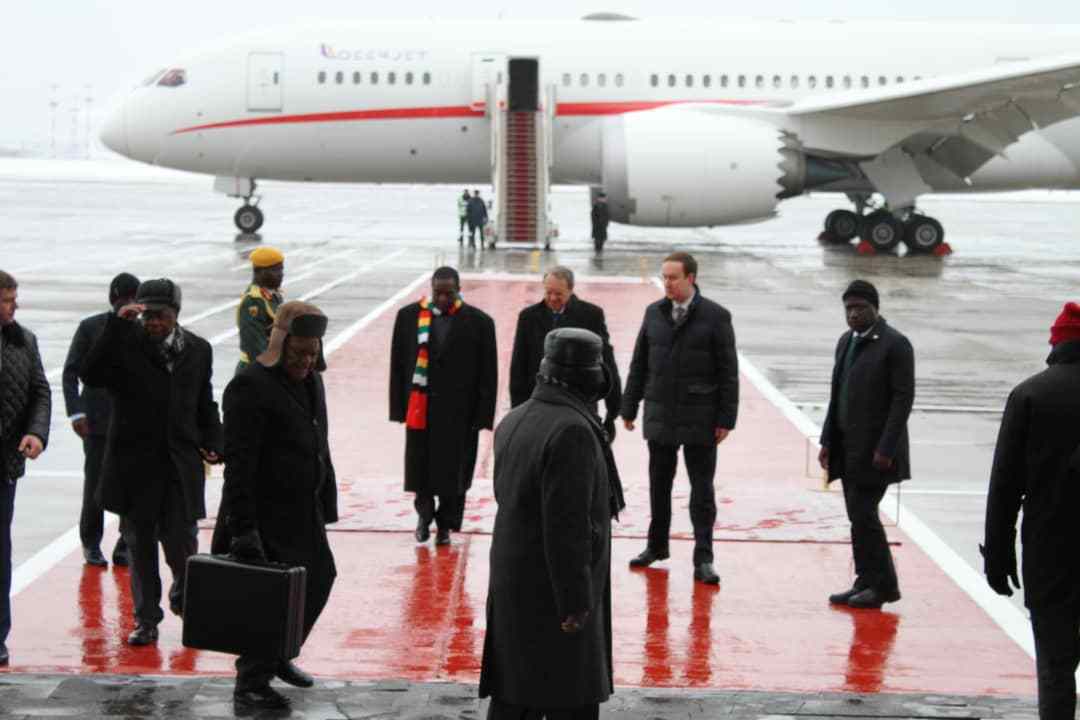 President Emmerson Mnangagwa is expected to gobble $25 million on his trip to Europe and Asia. The huge costs emanate from hiring the plane for travel and hefty allowances for himself and his large entourage.

Mnangagwa chartered a luxury plane, which costs $74 000 per hour until his return. His trip will cover Russia, Belarus, Azerbaijan, Kazakhstan and Davos in Switzerland, where he will be attending the World Economic Forum.

Rejoice Ngwenya, a political analyst who spoke to Newsday said:

We know that Zanu PF has a history of intransigence and they do not have a conscience because it is frightening that he left the country in a state of destabilisation after announcing the fuel hikes – and how does he even know what is going to happen because there could be another coup being planned while he is away?

What is sad is that it seems as if his handlers and advisers are hiding things from him and not telling him the truth. What is actually going to happen is that during his trips, he is going to be inundated with journalists following him and asking him about the situation in Zimbabwe and the strike by civil servants.
He goes on a trip carrying a large contingent to Russia, which will spend $2 million to $3 million when doctors are on strike; and foreign journalists are going to ask what he is doing there when his country is imploding.