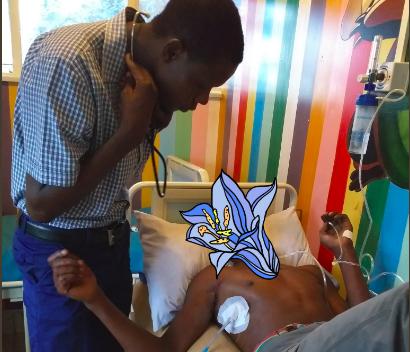 Zimbabwe Association of Doctors for Human Rights representative, Norman Matara revealed this evening on his Twitter that doctors attended to multiple cases of Gunshot wounds resulting from the violence during the Shutdown Zimbabwe protests today.

He also said that one of the victims, a 21-year-old, still has a bullet lodged in his foot. Matara condemned the use of live bullets on protestors.

21 year old with bullet still lodged in his foot. Use of live ammunition should be condemned pic.twitter.com/WjRb6dsC6R

Today was the first day of a nationwide stay away called for by the Zimbabwe Congress of Trade Unions (ZCTU). Protests in Harare turned violent as protestors looted several shops, and clashed with the police. Some protestors sustained gunshot wounds and it’s reported that some police officers also got hurt in the skirmishes.