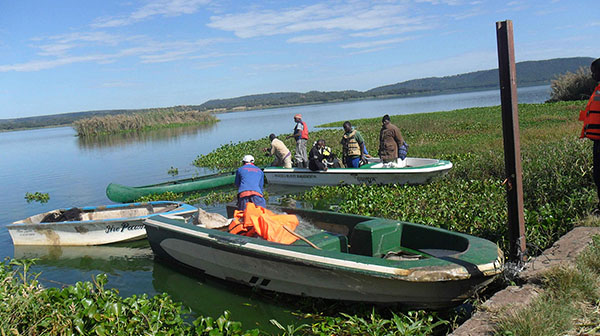 Harare’s main water supply dam, Lake Chivero, is said to be dying a slow death due to a number of factors among which are droughts, algae, destruction of wetlands, siltation and invasion by the water hyacinth weed.

The City’s acting director for water, Mabhena Moyo said that the low water levels in tha dam are attribuatble to low rainfall. In an interview with State media, Mabhena said:

We have problems because of the low amount of rainfall we have received over the years. Normally, the lake would be spilling by end of December up until February. We have so far only had an increase in water levels of three or so metres.

Garry Stafford, who operates Kuimba Shiri-a bird sanctuary located on the shores of Lake Chivero said that the main cause of the reseivor’s death is the destruction of wetlands:

What has happened is that our previous administrations have gone and built on wetlands and destroyed them and what we are witnessing here at Chivero in the last ten years is what we call flash flooding.