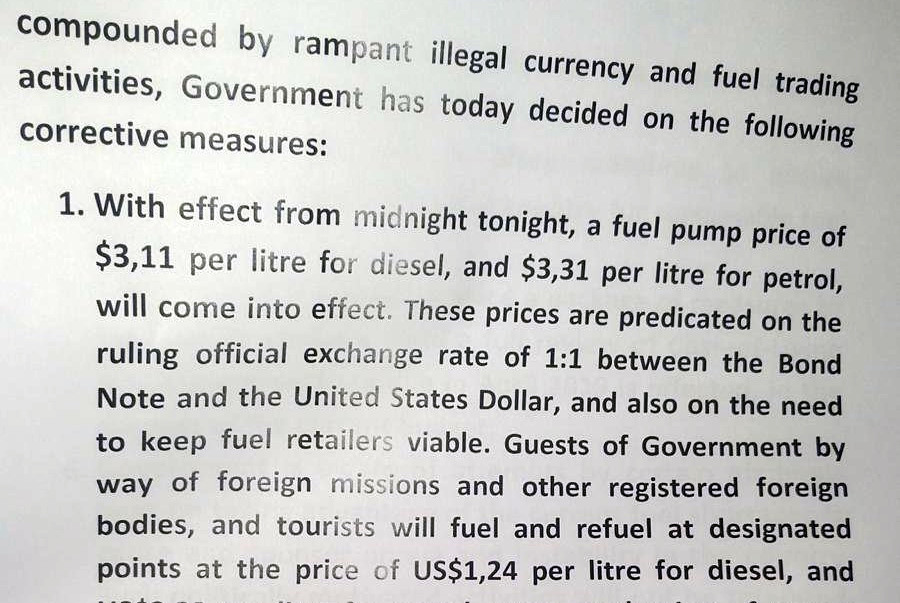 1. With effect from midnight tonight, a fuel pump price of $3,11 per litre for diesel, and $3,31 per litre for petrol, will come into effect. These prices are predicated on the ruling official exchange rate of 1:1 between the Bond Note and the United States Dollar, and also on the need to keep fuel retailers viable. Guests of Government by way of foreign missions and other registered foreign bodies, and tourists will fuel and refuel at designated points at the price cf US$1,24 per litre for diesel, and US$2,32 per litre for petrol, upon production of proper identification documents.

2. Cognisant of the need to prevent generalized price increases for goods and services in the country, with the attendant hardships which that will entail especially to the commuting workforce, Government has decided to grant a rebate to all registered business entities in Manufacturing, Miring, Commerce, Agriculture and Transport sectors. Details on the exact form the rebate system will take will be announced in due course. Given these cost mitigations and incentives, Government does not expect, and will not allow, businesses to trigger new round of price increases. 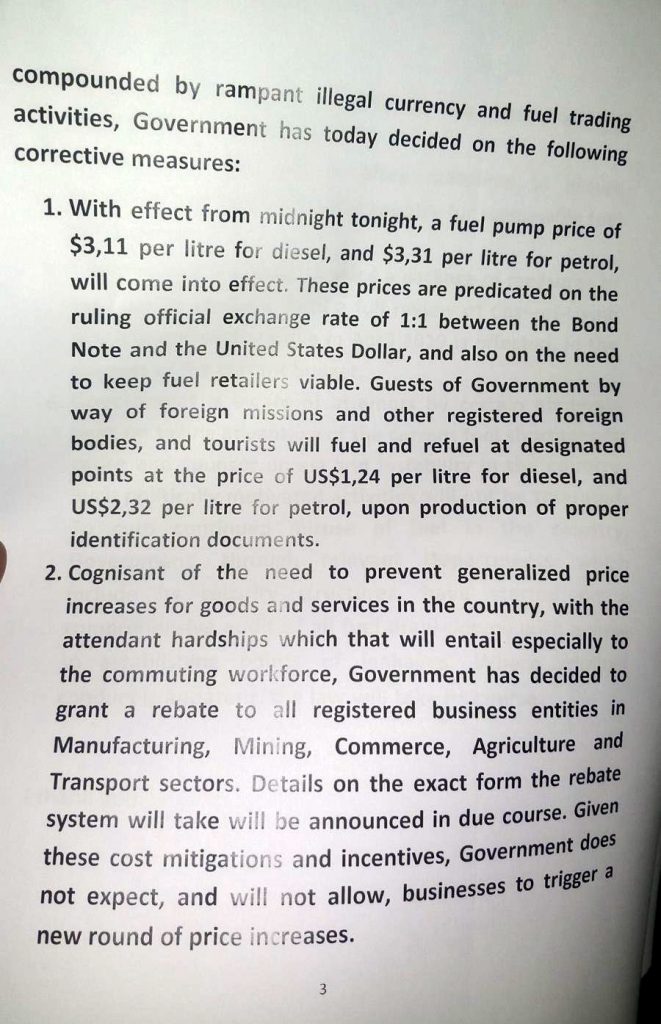