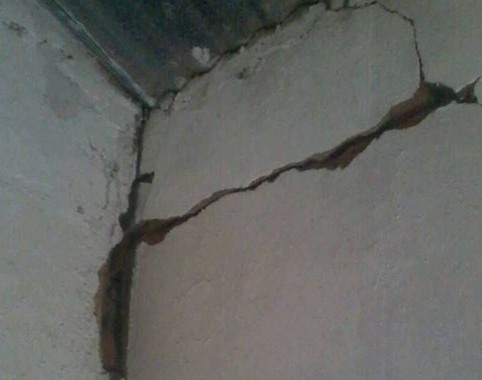 ZBC News claims that villagers in the Beacon area of the Mt Selinda Border Post which links Zimbabwe with Mozambique are living in fear as earth tremors are continuously active in the area of about 26 km radius.

The tremors are reportedly causing a lot of damage to buildings which are sustaining cracks. Most of the buildings are flimsy and as a result, they crack at the slightest vibration.

Some people have now pitched tents fearing that roofs might curve in.

The tremors are being experienced on a daily basis especially during the wee hours of the morning when folks are fast asleep as well as during mid-day.

An earth tremor rocked the country on the 21ts of December 2018 and its epicentr was established to have been at 60km South East of Chipinge. The tremor meaured 5,5 on the Ritcher Scale.