Econet Wireless Zimbabwe has issued a statement noting the success that its founder Strive Masiyiwa has had as an entrepreneur. Titled “Masiyiwa has started four businesses that are now valued at more than $13 billion,”  the press release says Masiyiwa founded 4 unicorns (startup businesses worth more than a billion dollars).

The press releases follows public exchanges on social media that Masiyiwa has had on two fronts. He has had exchanges with a group that includes Mutumwa Mawere, Miriam Mutizwa and Rutendo Matinyarare on one front. He has also had exchanges with a former government minister in Robert Mugabe’s government Professor Jonathan Moyo, who called him a bond billionaire. 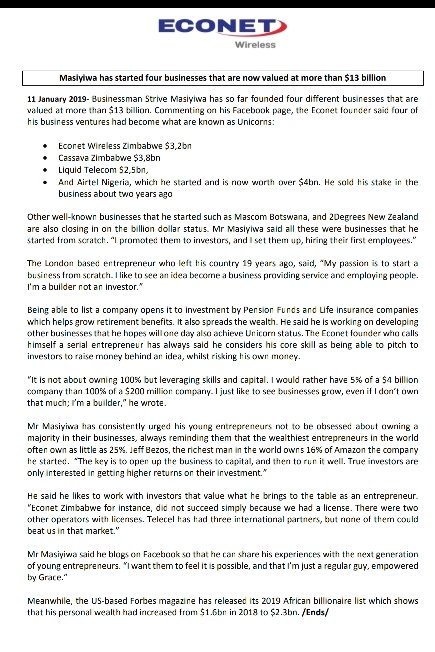