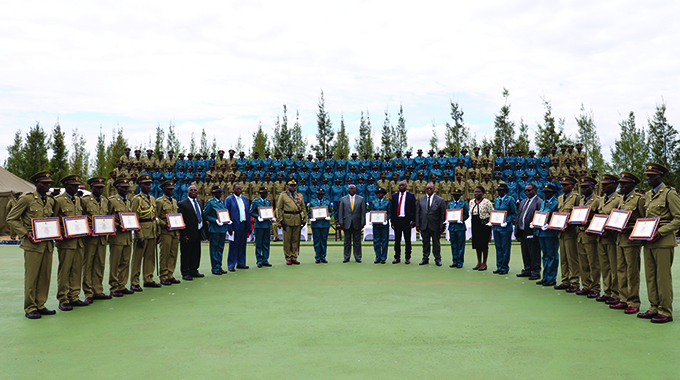 487 police constables graduated on Thursday at Ntabazinduna Police Training Depot In Bulawayo. The officers will be deployed in various provinces in the near future. Of the 487 graduates, 287 are male while 187 are female.

Today’s graduation is unique because it is taking place on a piece of land that has so much historical significance to the development of the country we now call Zimbabwe and policing in our motherland.

History has it that 126 years ago, in 1893 to be precise, Ntabazinduna witnessed a showdown between two of history’s military giants that are the Ndebele Kingdom and our former colonizer, the British South Africa Company.

One important lesson that lays here at Ntabazinduna is the iconic resistance by King Lobengula through his elite force, which should inspire all of us and especially the young police officers graduating today, to always stand for the interests of our motherland, despite any challenges that may confront them.

The Commissioner General’s Fun Fair was held at the end of the pass out parade. Various prizes were given, among which were
a Toyota Wish, Toyota Vitz and a Honda Fit for the first, second and third winners respectively.