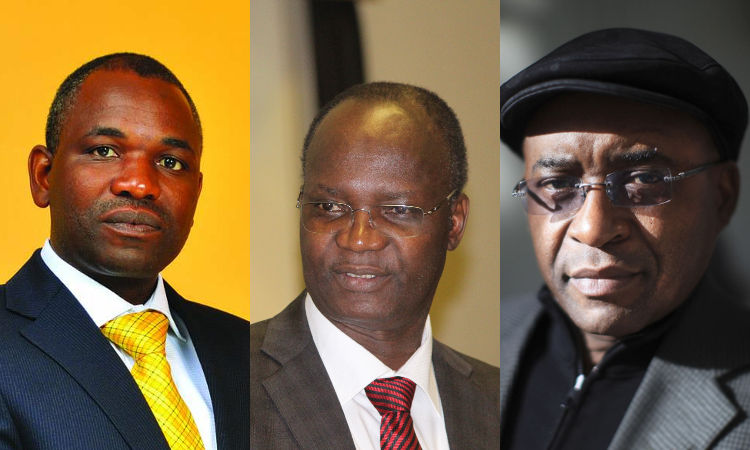 Following a Twitter thread in which Jonathan Moyo purported to expose Strive Masiyiwa for underhanded dealings with Zanu-PF in 2008, Tawanda Nyambirai has come out in defence of Masiyiwa. In a post on Facebook today, Nyambirai said Jonathan Moyo’s expose is full of lies.

We publish the full text below:

When I read the tweets by the Professor against #StriveMasiyiwa, I expected the Professor to live up to his reputation of creating falsehoods for purposes of misleading and deceiving those who are gullible. The Professor’s objective is simple, to harm #Strive Masiyiwa and his business interests. He seeks to achieve this by creating a nonexistent link between Strive Masiyiwa and the atrocities that the Opposition alleges were committed by ZanuPF. He knows he is lying. He knows the truth. By doing so, the Professor is trying to get the support and sympathy of the MDCA supporters. In his long series of tweets, the professor raises a few false allegations of fact. I deal with them seriatim below:

The Allegation that #Masiyiwa gave #ZanuPF USD45m to purchase grain used in the #Army-run runoff poll in 2008 is False:

The Government of Zimbabwe floated “diaspora bonds” in 2005 and 2006 to finance the drought. Zimbabwe experienced a drought in the 2005/6 agricultural season and called on the Diaspora population and certain corporate entities that could access foreign currency to support its fund raising initiatives to allow it to import grain. This was during the Zimbabwe Dollar era when there was a biting scarcity of foreign currency. To support this humanitarian cause, Econet purchased Diaspora Bonds worth $4 million on 1 February 2005 and $6 million in 11 July 2006. This money was paid offshore into nostro accounts. This diaspora bond structure is what Mr. Masiyiwa refers to in his CNBC interview with Wole Famurewa in the article referenced below:

Neither Mr Masiyiwa nor Econet ever made a payment of US$ 45 million in 2008 or at any other time to support Zanu PF as alleged by Professor Jonathan Moyo.

The allegation that on the back of the 2008 runoff grain scheme, in 2013 Masiyiwa’s #Econet joined Mbada Diamonds to give #ZanuPF some $60m to fund the organisation & conduct of the 2013 elections, outside treasury then run by @BitiTendai. Mnangagwa & Chinamasa were the instrumental hands! is False:

Mr Tendai Biti, the then Minister of Finance raised money to fund the 2013 elections. This money was raised from several corporate institutions through various means. The article in the Zimbabwean refers to this fund raise thus:

“Finance minister Tendai Biti said on Monday they were able to raise the funds through a “voluntary bond” sold to Old Mutual Plc’s local unit and NSSA. Zimbabweans will vote on Saturday in a referendum on a draft constitution, a crucial step toward a general election expected around July.”

The reference to Mbada diamonds in the former Ministers tweet was explained in this same article:

“Old Mutual is an indirect shareholder in the Mbada diamond mining firm, one of the companies in a joint venture with the Zimbabwe Mining Development Corporation in Marange. The ZMDC in turn is on the European list of targeted sanctions, because of its links to the Mugabe regime.”

Econet’s licence expired in 2013. The then Minister of Finance used this as an opportunity to raise an exorbitant licence fee to raise funding for the elections. This is explained in an article that appeared at that time:

“The Herald article also says Finance Minister Tendai Biti said “the licensing revenue would be leveraged in support of some of the financial requirements of both referendum and election programmes.” We are not sure if this means the fees have been raised to pay for the referendum and elections (which we hope against all hope this is not the case), or if the additional money will just be a convenient coincidence.”

It is clear that the agenda to raise money to fund the elections was an agenda that was being pursued by the then Finance Minister, Tendai Biti. As the documentary evidence will show the payments for the licence fees were made into a designated Ministry of Finance account, under the control of the then Finance Minister, Tendai Biti. The account details into which the payment was made are as follows:

This was an official account of the treasury as advised by the Ministry of Finance and Economic Development.

The Allegation that In 2015 #StriveMasiyiwa’s schemed with Patrick Chinamasa, then a staunch Mnangagwa ally, to get $30m from #Econet to pay salaries for civil servants through a dubious arrangement, whose backdrop was the longstanding relationship between #Masiyiwa and Mnangagwa! is also false:

TREASURY BILLS HOLDINGS AS AT 31 DECEMBER 2015

To then single out Econet in these circumstances is preposterous to say the least.

The Professor falsely states that #StriveMasiyiwa claims to be a champion of press freedom & supports this with reference to his ownership of the #DailyNews. But his relationship with the press is terribly bad. In 2015 his #Econet connived with the Police to raid & ransack @TheSourceZW offices & computers!

The Source had obtained confidential client information pertaining to Steward Bank customers which appeared in some of its publications through illicit means. The Courts granted an order to retrieve this information. Press freedom does not mean the press has the right to infringe on the freedoms accorded to private individuals and corporate entities under the Constitution. The court order was granted after presenting facts and evidence to prove that there was sufficient grounds for such an order to be granted.

One Comment on “Full Text: Tawanda Nyambirai Comes Out In Defence Of Strive Masiyiwa. Accuses Jonathan Moyo Of Lying”