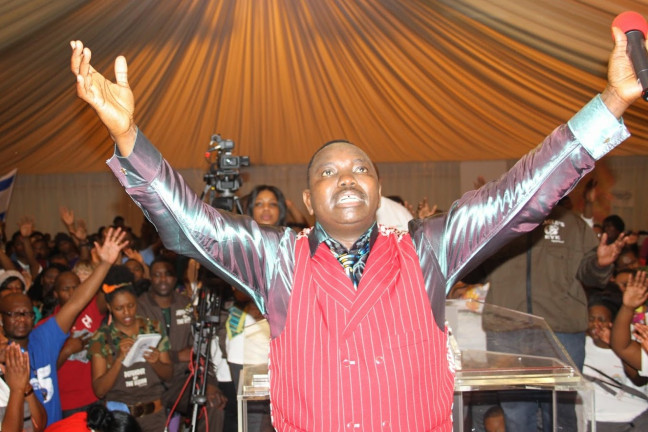 A prominent UK-based Zimbabwean prophet, Walter Masocha, has been suspended from his church after he admitted to sexual misconduct to his followers. The founder of Agape For All Nations Ministries was reportedly suspended with immediate effect over the Christmas holidays after it emerged he had had sexual relations with his daughter as well as several married women in his church.

A statement by his church announcing the suspension was posted on its website and reads:

Following recent development in which the Visionary, Dr Walter Masocha, with his own volition admitted that in his private life, he had a moral fall; he has been suspended with immediate effect as leader of the church Agape For All Nations Ministries International (AFANMI/Agape). The Vision of AFANMI whose goal is to find the lost and equip the found, continues under the leadership of the Commissioners. A full investigation will be conducted and appropriate action taken for the reputational damage to his wife Dr Judith and the wider community of believers especially in Agape. In the current state of affairs, we have a duty of care to offer spiritual, moral and emotional support to the wider member of the church who are affected, Dr Judith & family and also to Dr Walter Masocha

The statement does not specify the sexual misconduct he was engaged in. However, blogger Jean Gasho, who was once a member of the church, and once got Masocha arrested for other cases of sexual misconduct reported on her blog:

I Mary-Tamar was Jean Gasho, can reveal today on Christmas day 2018 that ‘Prophet’ Walter Masocha has stepped down as leader of Agape For All Nations Ministries International after he allegedly confessed to having sex with his married daughter.

She also reported that the prophet had sexual relationships with several married women in the church, which he admitted to:

…on 24 December on a quiet evening in Stirling, Scotland, as the Masocha family was getting ready for a jolly Agape Christmas, the wife of the prophet Judith Masocha found herself holding her husband’s phone after an alleged tip-off from her son-in-law that the Bishop had been allegedly having sex with his own married daughter.

…Judith had found a lot more on her husband’s phone, naked pictures of several married women in the church, as well as explicit messages the Bishop sent to his lovers/concubines.

Upon the shocking discoveries, Judith called Walter Masocha’s family, both in Zimbabwe and in the UK.

Shadreck who is a member of Agape church, took it into his own hands to ‘deal’ with Masocha….

Shadreck is reported to have said to his Uncle, “You are a disgrace to our family! We had to put up with you dragging the family name down with Jean’s case, now this again! Step down now!” Shadreck demanded, in front of the whole family.

Lost for words and humiliated, it is reported that after confessing to his grave sins which included incest, Walter Masocha was FORCED to write a resignation letter to the elders of his own Church, stating that he had suffered a ‘moral fall’ of sleeping with countless married women and his own daughter.

The sex scandal is not the first the prophet has been involved in. In January 2014, Masocha was arrested in the UK on allegations of sexually abusing Jean Gasho as well as underage girls. He was convicted by a court but appealed the conviction and was eventually cleared of the charges.