Senior doctors said on Wednesday that they will no longer attend to emergencies.

In a letter addressed to The Clinical Director, all doctors, i.e Medical Officers, Junior Registrars and Senior Registrars announced that they have resolved to stop attending medical emergencies at the country’s hospitals until the government resolves the strike by the medical doctors.

The doctors said that they are overwhelmed by the workload, since their juniors had been on strike since December 1, 2018. They reiterate their support for the strike by the junior doctors. Below is the letter was written by doctors at United Bulawayo Hospitals: 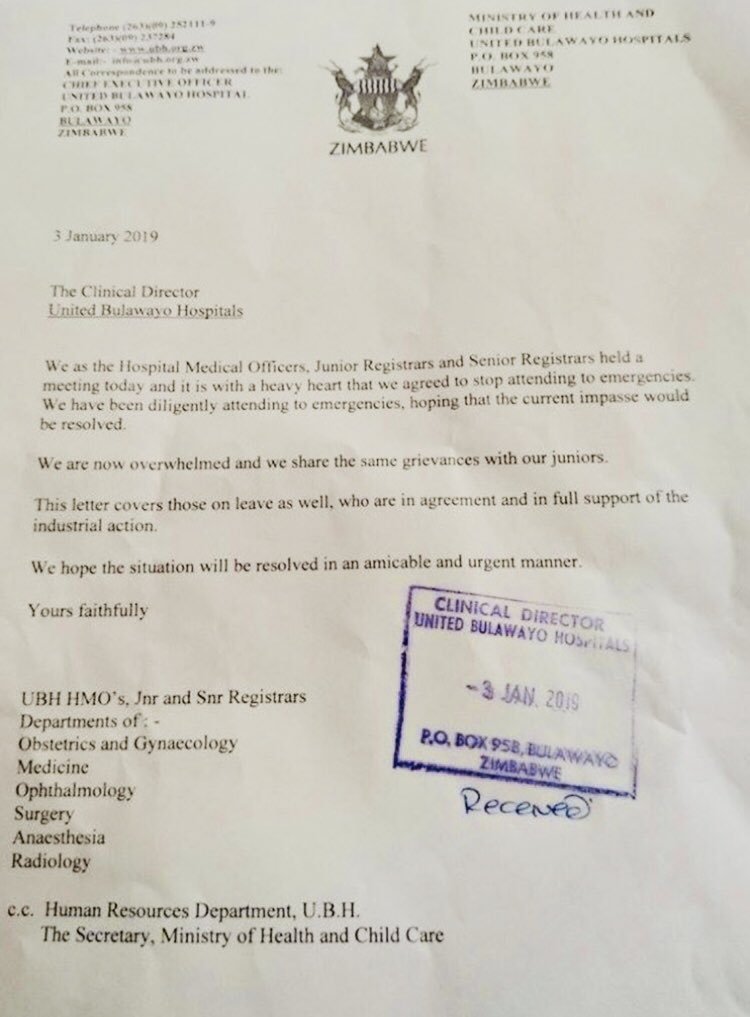