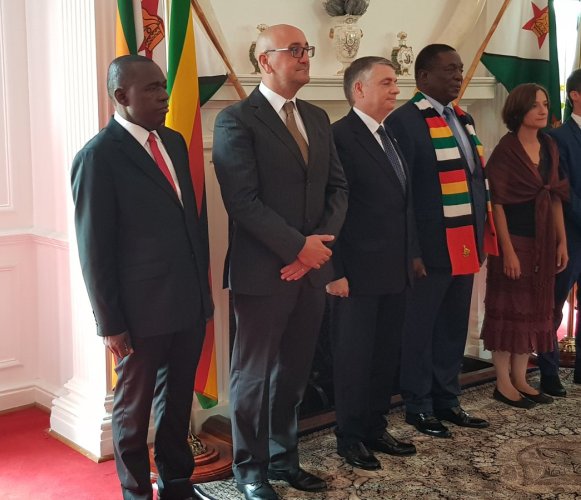 President Emmerson Mnangagwa today received letters of credence from new ambassadors of the United Kingdom and Ireland, Spain and Rwanda at State House.

The New Spanish ambassador to Zimbabwe Santiago HomezAcebo also presented his credentials to the President at today’s ceremony.

2 comments on “Mnangagwa Receives Letters Of Credence From UK, Rwanda And Spain Diplomats”