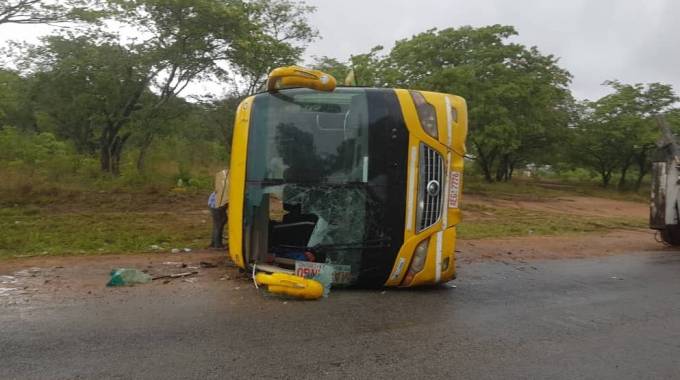 An Inter Africa bus carrying 53 passengers overturned after its brakes failed at a police roadblock just 10km outside the city of Masvingo on Thursday morning.

Masvingo provincial assistant police spokesperson Sergeant Crispen Gwashu confirmed the freak accident. He said that 2 passengers were admitted at Masvingo Provincial Hospital and were said to be in a stable condition. The rest are said to have only sustained minor injuries.

Sergeant Gwashu had this to say:

The bus was coming from Bulawayo when the driver who was speeding failed to stop at the check-point.

There was a Nissan Navara vehicle which was at the check point and the driver side swiped the vehicle as he tried to manoeuvre the bus to the left side resulting in it veering off the road and overturning. 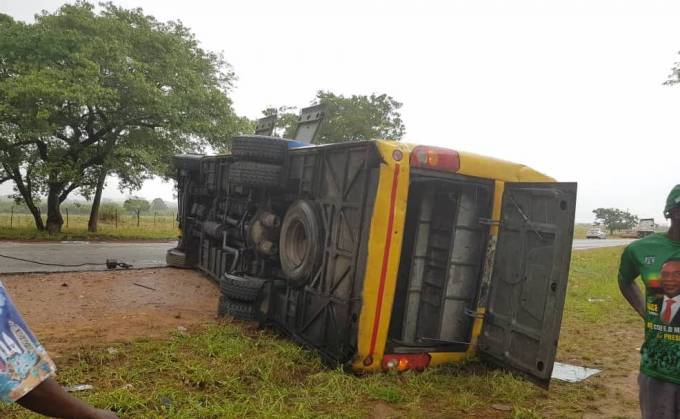