Former Harare mayor Bernard Manyenyeni has revealed that workers employed by the Harare City Council earn far much more than what the government or private sector pay for similar jobs.

An example is that of a farm guard employed by the HCC earns more than most civil servants such as soldiers, doctors, nurses and teachers. The former mayor revealed this when he posted the salaries on social media as he supported the month-long strike by medical doctors. Said Manyenyeni;

Hail the Doctors’ Cause!! Facts and figures – let us not play politics with such realities.

I think this schedule was like for like but I think doctors are only using basic which is why I did not publicly refer to the 300+ figure being mentioned for doctors. Any comparisons with or for doctors must definitely include total packages for all jobs for it to be a correct comparison.

HCC can NOT afford what it is paying. It does not have the money. It is a disaster which cannot be copied!!..HCC is a financial tragedy. Gvt is underpaying council is overpaying…. hapana chipenyu…You know you don’t stop anyone from benchmarking any figures. It is standard management practice. 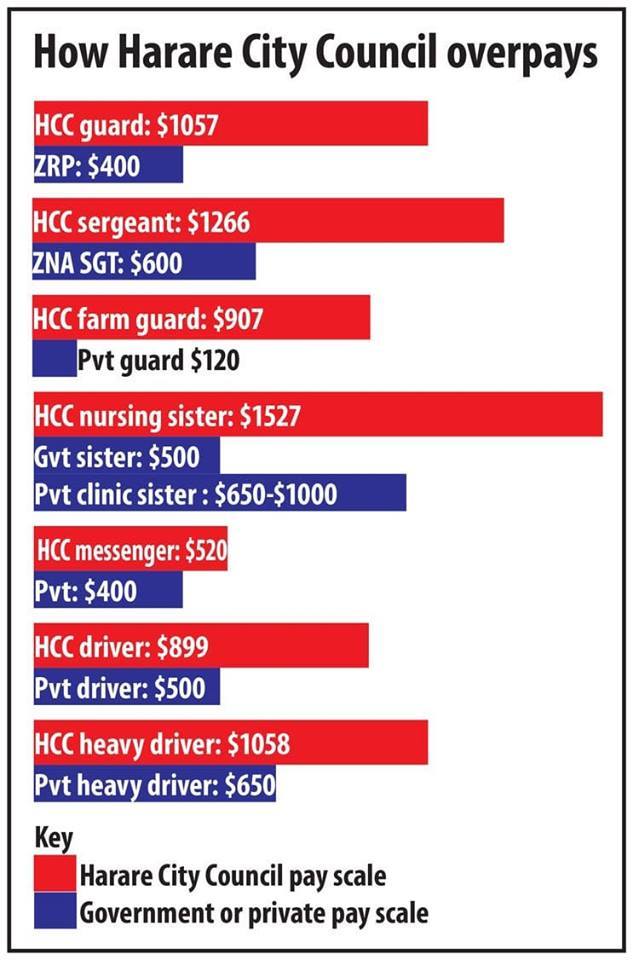