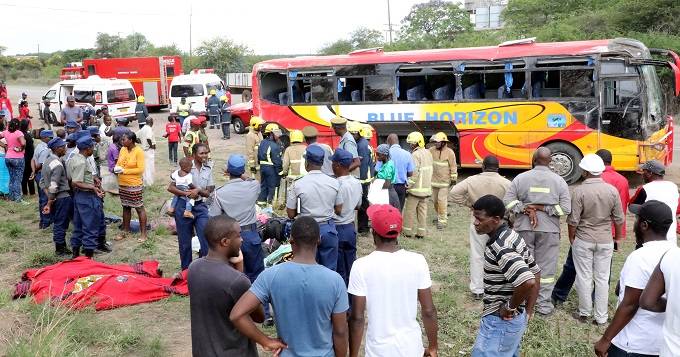 A Harare – Bulawayo bus, Blue Horizon, had an accident just 15 km outside Bulawayo in which two people died. The driver of the bus lost control and the bus veered off the rolled and overturned. The two, women were extracted from the bus by the fire brigade after their bodies were trapped. It’s suspected the driver was speeding.

“We only saw the bus swerving from side to side from Chibuku brewery until it overturned near us here. A woman who was driving in the opposite direction is lucky to be alive as it encroached onto her lane and she had to swerve to the extreme left to avoid a head-on collision,”