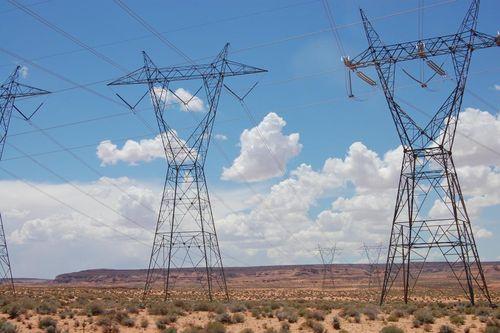 Nearly 500 000 consumers were plunged into darkness in parts of Chivi South, Chiredzi South, Beitbridge and Mwenezi districts due to a power outage.

Zesa Holdings spokesperson Fullard Gwasira said that the power failure resulted from collapsed pylons at Triangle near Chiredzi. He added that ZESA engineers were finding it difficult to correct the fault due to continuous rainstorms. Gwasira has this to say,

The Tokwe-Triangle fault has been caused by landing span poles, which went down at Triangle. Replacement poles have been sourced at Sherwood for installation. Excavations for pole replacement are in progress.

The operation challenge is that it is not possible to reticulate from Eskom, who have faulted our line CT’s (capacity transformers). There is limited supply from Orange Grove, where a one grid transformer is constraining load for Middle Sabi, Mkwasine and Triangle at 20 megawatts.

… Stringing cables was hampered by heavy rains and the cranes were getting stuck. We shifted power loads and were able to normalise supplies by midnight. The pylons fell due to heavy rains affecting the lines, but ordinarily, this shouldn’t be the case if there is proper line maintenance.