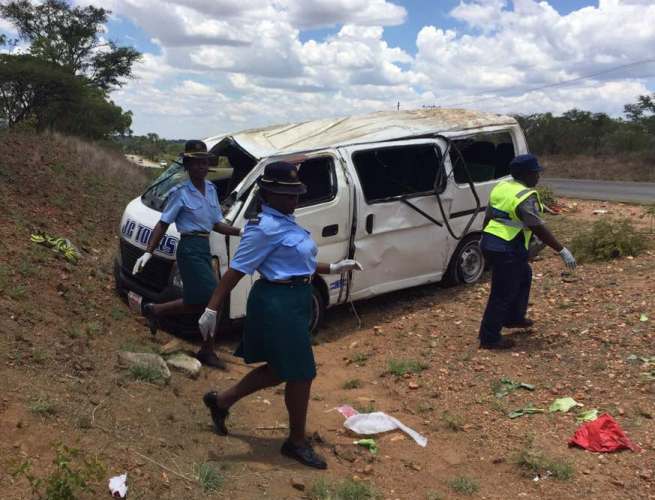 The death toll in the Mashava commuter omnibus accident has risen to 5 after two more people died at Masvingo General Hospital where those injured were admitted.

Three people died on the spot while 16 were injured when the commuter omnibus burst a tyre resulting in the vehicle overturning along the Bulawayo-Masvingo highway in Mashava.

The accident occurred around 11 am today.

When the ZBC News arrived at the scene, bodies of the deceased were still at the scene while the injured had been ferried to Masvingo General Hospital.

Villagers from Mashava who assisted in lifting the injured onto ambulances said the commuter omnibus was overloaded and appealed to drivers of public service vehicles to exercise extreme caution on the roads.

ZRP Officer Commanding Masvingo District Chief Superintendent Godwin Chikuma said the three who died on the spot were all female, revealing that one of them was an expecting mother.