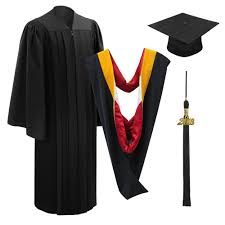 There has been a sharp rise in the number of agents offering scholarships for Zimbabweans willing to study abroad especially in the Far East.

However, some of these agents are fraudsters who prey on unsuspecting people to swindle them out ou their hard-earned money.

A Sunday Mail report claims that there are several such victims of the fraudsters now holed up in Beijing, China.

A 20-year old student who is now stranded in China who spoke to the Sunday Mail on condition that her name is not revealed had this to say,

They said they won’t accept me at the school if I don’t pay the money. If I fail (to raise the money), they will send me home.

They said they told all the agents that all students should pay, so they thought I was the one trying to deceive them. I told my family members and they sent me RMB3 000 (about $420) and now I owe RMB3 000, and I have no idea where it will come from.

I really cannot go home. There are days where I only go to bed after eating peanuts and taking water that is sweetened with sugar. It’s really a painful experience.

The agent alleged to be at the centre of the scams spoke to the Sunday Mail. He said

I think I should communicate with those guys and see how we can settle this whole thing before it gets out of hand. There are some who were complaining, there is one Nomsa who is in Kunming as we speak, then there is one in Shandong called Gugulethu – those are the people that I am aware who are complaining.

… Before a student comes to China, they need to communicate with us, then we will make the arrangements for all the airport pick-up, all the registration stuff, but if you do not clear your agency fees or our payment, we cannot give you the papers.

But due to the cash crisis that was in Zimbabwe, we had to release the papers. Like I normally do, I will just give them so that they get an assurance that they really got admitted, including the type of scholarship they would have got.

When they get there, they have to pay one, two, three core things, and everything is clearly mentioned in the admission letters, even the JW2 forms. I am pretty sure that they can read and comprehend. . .