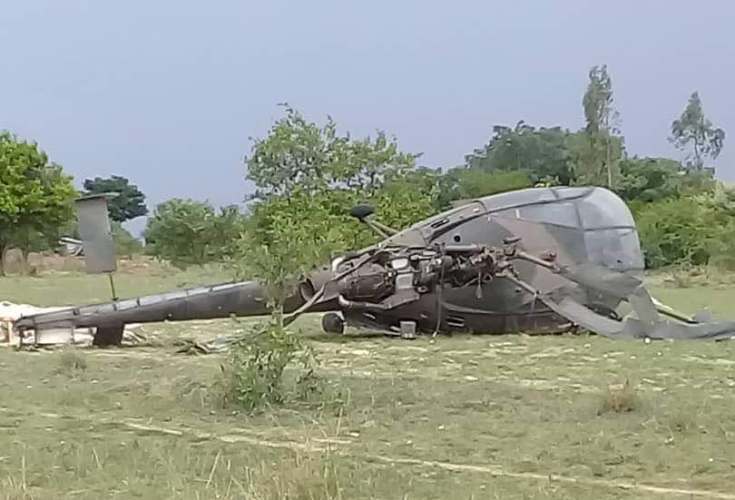 The helicopter that crashed in Masvingo is said to have been an ageing plane given to former President Robert Mugabe as a gift by the South African Defence Forces. This was revealed by renowned academic and law expert Alex T. Magaisa. In a series of tweets on his page, Magaisa had this to say,

… Further to the earlier thread, more data indicates it was indeed a military chopper ferrying the Permanent Secretary for Defence & fellow guests to a graduation jamboree for an Under-Secretary in the Defence Ministry. Clearly a personal affair & unconnected to state business.

Apparently, following the crash-landing of this chopper, another chopper was scrambled to the venue to take the elites back to Harare. And we have our Finance Minister @MthuliNcube preaching austerity. Besides, the Constitution prohibits personal use of state assets like this.

ZBCNewsonline tells us a helicopter had an emergency landing yesterday. Among the passengers was the Permanent Secretary for Defence. The broadcaster doesn’t tell us the owner or operator but a convergence of factors suggests it is a military chopper. I did a bit of digging.

The chopper is described as an Alloette III manufactured by the French decades ago. Earlier this year, the French Navy retired its fleet because they were antiquated & costly to maintain. This should give us some picture as to the age and state of this chopper.

It gets worse: a few years ago, the Mail & Guardian reported that the South African Defence Forces had disposed of its Alouette IIIs and guess where the old birds ended up? Zimbabwe. Described as a “gift” to Mugabe. It’s possible that this troubled chopper was one of them

The passengers, including the Permanent Secretary for Defence, are fortunate to have escaped fatal consequences on this occasion. But one thing is certain: the incident won’t have escaped the attention of bigger chefs who like to use military aircraft.

The political & military elites will certainly think twice before they take the next ride! Although I wouldn’t be surprised if some will be encouraging them to use them more often!