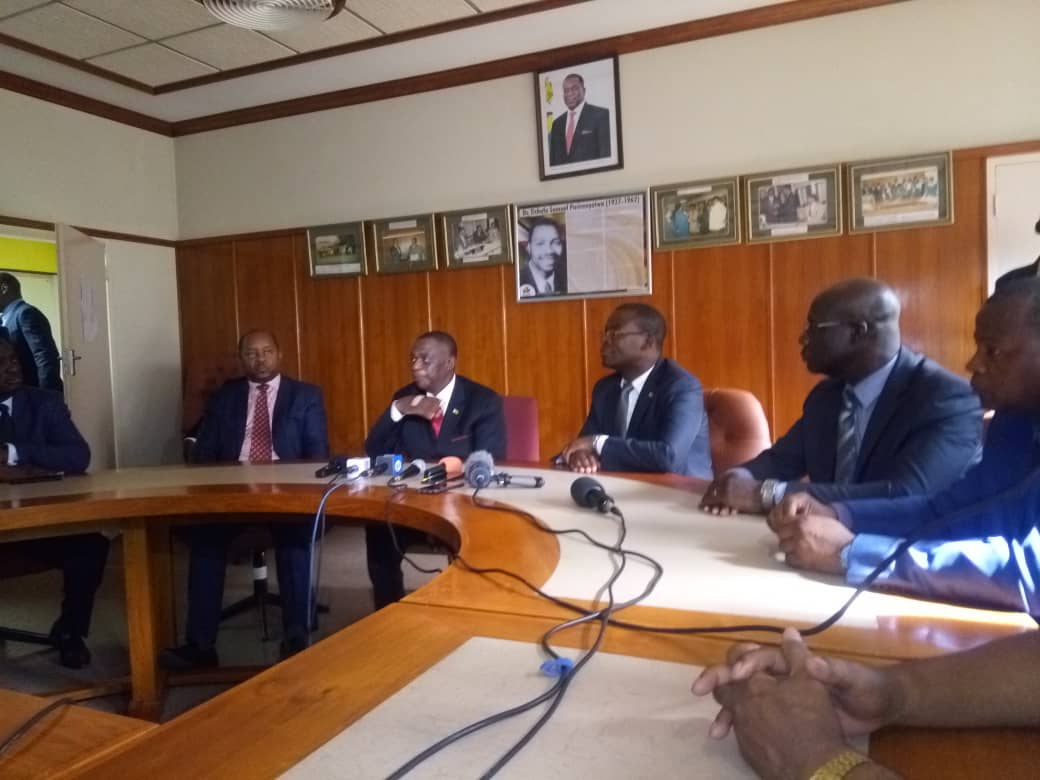 The Acting President Constantino Guvheya Chiwenga today visited Parirenyatwa Hospital for the first time since the doctors’ strike began. His visit comes after the government through the Health Services Board (HSB) suspended 530 junior doctors for engaging in an illegal job action. Senior doctors at government hospitals also downed tools in solidarity with their juniors.

Chiwenga was accompanied by the Minister of Health and Child Care Obadiah Moyo, Presidential spokesperson George Charamba and several government officials. Chiwenga was recently tasked with negotiating with the striking doctors and the immediate outcome was their suspension. A ZBC News statement reads as follows,

Chiwenga To Take Over Talks With Striking Doctors