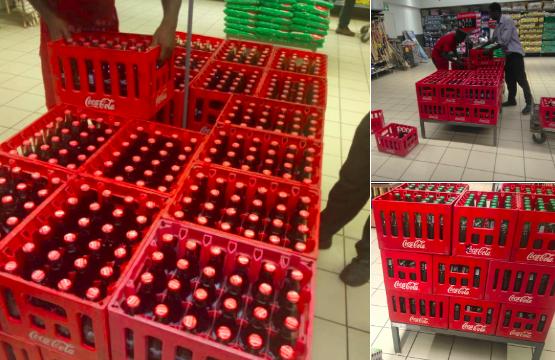 Some Zimbabweans are posting pictures online of Delta Beverages’ trucks delivering soft drinks. The posts are designed to defend against the narrative that there’s a soft drinks shortage as Delta is not making them anymore due to the currency crisis in Zimbabwe.

CHRISTMAS DRINKS!
IT seems folks on these streets are angry (in denial) that Delta is producing drinks as we speak.
Anyone near PicknPay Harare CBD can go & find these drinks right now, so far just two varieties (Sprite and Coke)
**Pics 1&2 taken at 6pm as more supplies arrived pic.twitter.com/Atjt29i6LD

Other social media users have hit back saying that there would be no need to post such tweets if things were normal in the country.

After reports that Delta is closing its soft drinks plant this week, The Minister of Trade and Commerce, Mangaliso Ndlovu, said that his Team met with Delta Corporation Executives and that the company has actually reopened its plant.

I see a lot of talk on Delta closing drinks department for Christmas. It’s an old story that is now making news when workers have actually been recalled working following arrival of concentrate used to make the drinks. Drinks might not be enough but production is underway.