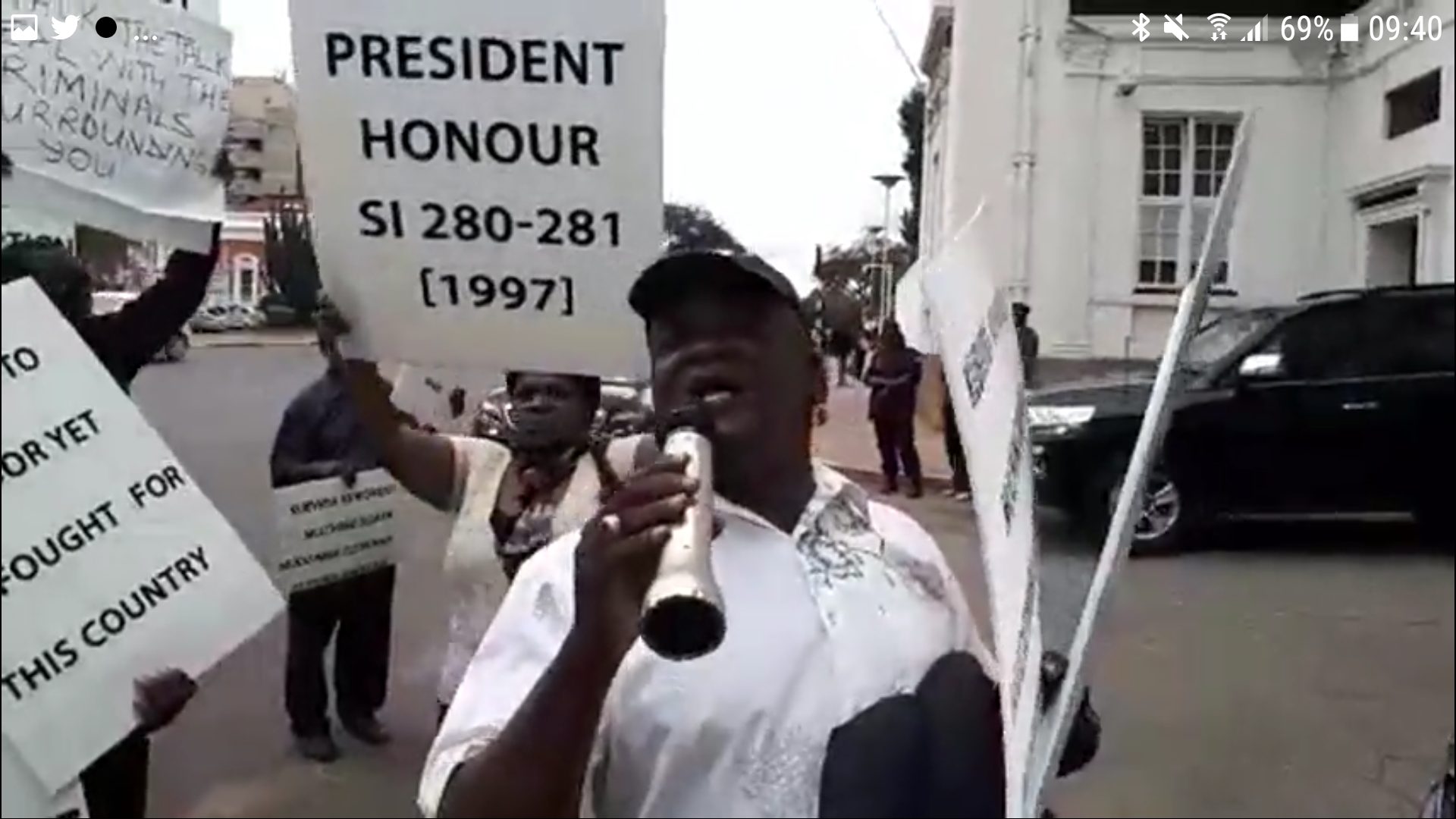 The Zimbabwe National Liberation War Veterans Association (ZNLWA) has disowned the group of war veterans that picketed at President Emmerson Mnangagwa’s Munhumutapa offices last week. The group demanded that Mnangagwa fulfils the promises that were made to them by the government in 1997.

Bonafide freedom fighters understand the protocol and in the case of last week’s incident, the manner in which the demonstration was staged shows those behind the action have no clear understanding of the ethos and values of the liberation struggle.