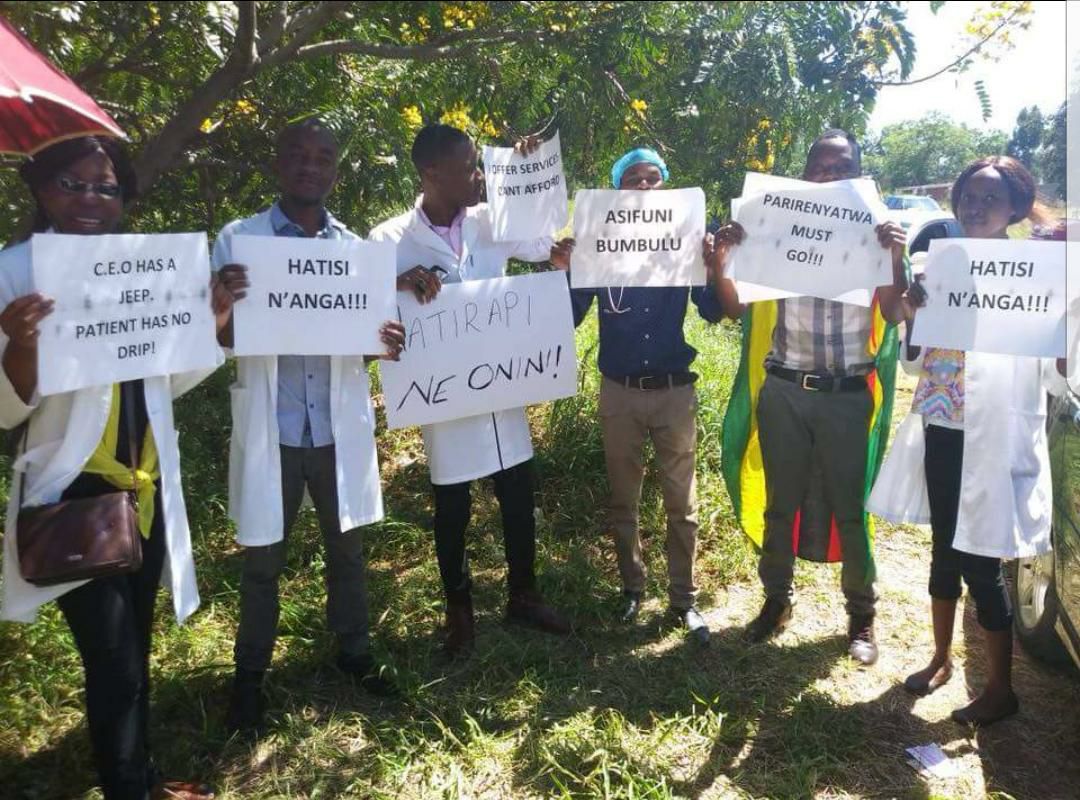 The Zimbabwe Hospital Doctors Association (ZHDA) has vowed to continue with the strike which is now in its 23rd day. On Saturday evening the Labour Court ordered the doctors to resume their duties after ruling that their job action was illegal. The Court further directed the Health Services Board (HSB) to withhold the salaries of all the junior doctors who are on strike.

However, in a new development, the ZHDA said in a statement that the HSB erred in approaching the Labour Court while they were still engaged in negotiations. The doctors announced that they are now suspending all negotiations with HSB and the Ministry of Health until such a time that an honest, comprehensive and satisfactory offer has been offered through the Bipartite Negotiation Panel (BNP). Below is the full statement from the ZHDA: 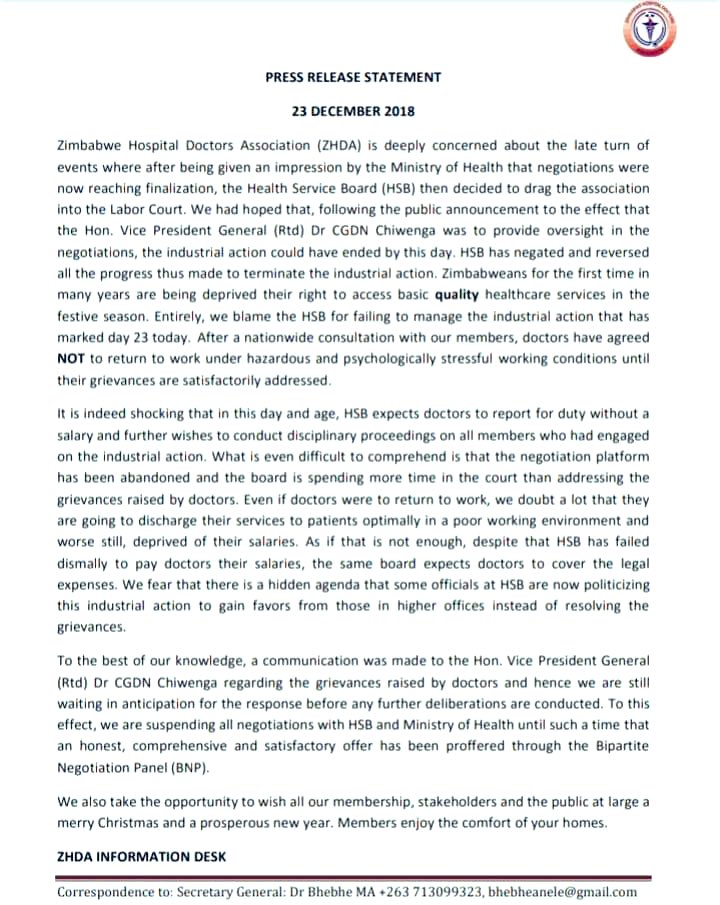