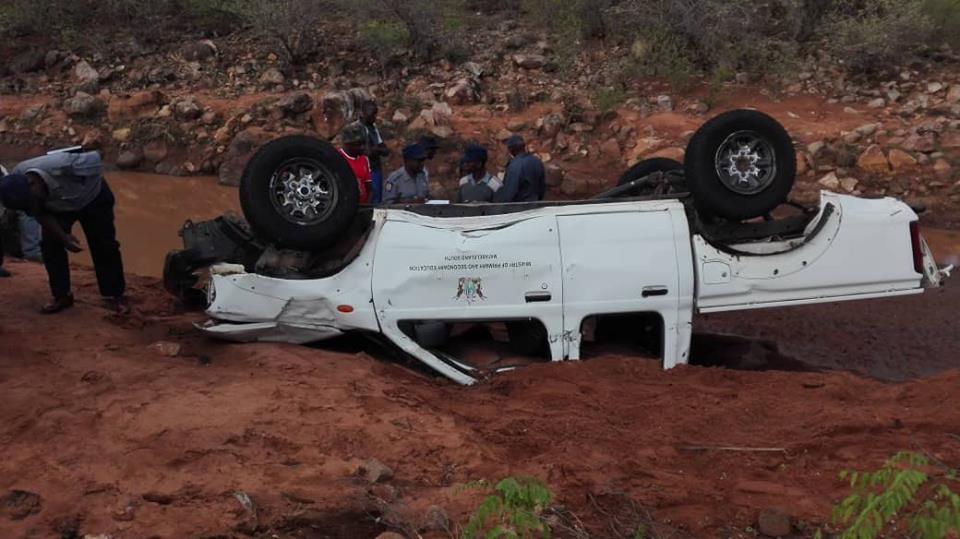 Officials from the Ministry of Primary and Secondary Education have finally recovered the body of their missing colleagues who drowned on Monday night.

The Ministry of Education vehicle was seen by villagers on Tuesday about 200 away from the bridge of Mamsisi river in Ntalale Ward in Gwanda South. The branded car was lying on its roof with no occupant inside.

The body was identified as that of Richard Nyandoro who was Gwanda District Schools Inspector. The body was found on the edge of Mhenebolamba Dam.

Nyandoro and an accountant at the Ministry, Samukeliso Dlamini were both in the car when it was swept away by a raging flood. Ms Dlamini’s body was retrieved from a dam on Wednesday evening by the Bulawayo Police sub aqua unit. The police gave up the search on Thursday and it was left to Ministry of Education officials to search for their colleague.

I can confirm that the body which was still missing has been found at the dam. Police have been alerted to attend the scene.