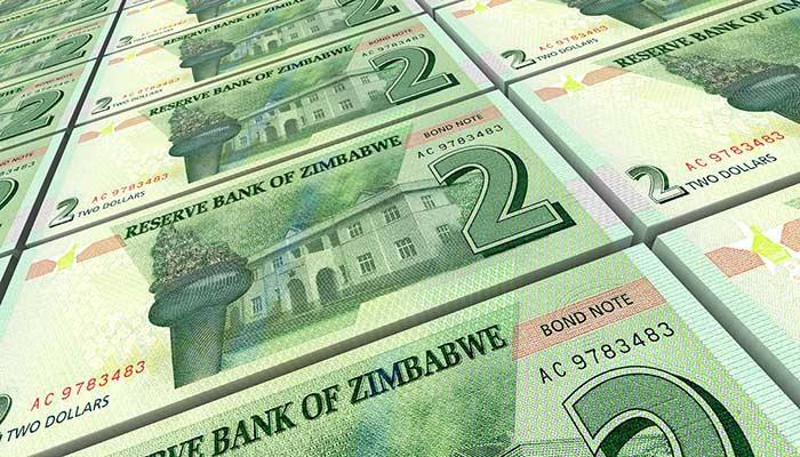 A report claims that the Chinese government is printing a new Zimbabwe currency which is expected to be launched in early 2020.

The new Zimbabwe dollar is set to replace a surrogate currency, the bond notes and will be backed by the country’s diamond and gold reserves, according to a Spotlight report. The Chinese will also build a new capital for Zimbabwe in Mt Hampden. The report further claims that;

It is all about oil and diamonds. China has demanded oil rights and exclusive access to your country’s diamonds in Marange, without having to cede ownership of those assets to locals under the indigenisation threshold. It will soon not be applying to their firms coming back to mine diamonds, following a fallout with Robert Mugabe’s government.

Actually, it could be the reason why Mugabe is no longer in power because he wanted Chinese companies to be under Zimbabwean miners thus posing a threat to Beijing’s diamond interests and long-term future reserves. Marange had become their biggest foreign source of diamonds to supplement, about 50% of their proven diamond reserves concentrated in the Liaoning Province.

That is why they’re generously constructing the new city, and working on the new Zimbabwe dollar set to be launched in early 2020. It is being printed as we speak, but the date of introduction remains a secret.

… Major players in the deal includes senior military and intelligence officers, Mnangagwa’s Zanu PF party, China Sonangol International Limited , China National Petroleum Corporation and the China Development Bank. Not everything makes it into the newspapers, but Zimbabwe will soon have a new currency and capital city because this deal has been sealed, and your president is coming up with a favorable new diamond policy to appease China, which should be signed into law soon.