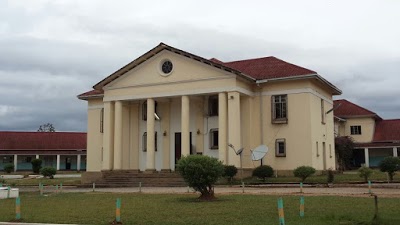 The small town of Esigodini has been under lockdown since the beginning of the ZANU PF Annual People’s Conference. There has been a heavy security deployment with the area inundated with heavily armed police officers with numerous checkpoints.

This has hindered movement around the area for the local people and some are now living in fear. A resident who spoke to Newsday, Japhet Dube, had this to say

What Zanu PF has done was like coming into one’s household, hold him captive and throw a lavish party.

We are not even free to move because there are also stop and search operations. We can’t move after 8 pm.

If they came to enjoy with us, where is the fear coming from to warrant such a high number of security officers?

We can’t move around freely. One has to check his or her surroundings before getting into a conversation. We just wish they do their things and go, so we become free again.

However, for some residents, the ZANU PF has been a godsend. One Japhet Nyathi who spoke to Newsday had this to say

I wish the conference was held here every year. Residents have had a brisk business selling their wares.

This is also going to increase when more delegates are here. Our roads have been upgraded; the town is also clean.

Even Umzingwani High School itself, the venue, is now a state-of-the-art boarding facility because of the renovations brought by the conference.

One Comment on “ZANU PF Indaba A Godsend, Nuisance For Esigodini Residents As Some Record Brisk Business While Others Live In Fear”