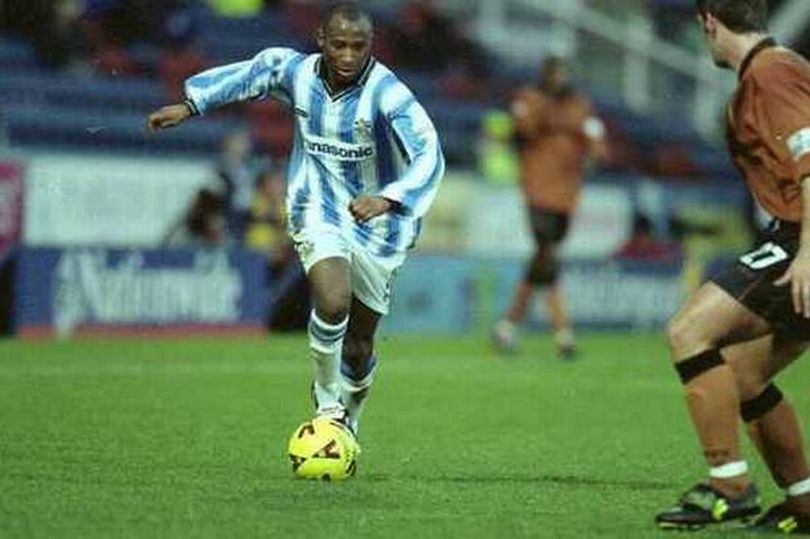 A report by the Examiner reported about the impact that was made by former Warriors striker Peter Ndlovu when he turned out for Huddersfield Town.

Ndlovu had been brought in on loan from Birmingham City and scored twice on his debut in a 3-0 victory over Wolverhampton Wanderers at the stadium on December 9, 2000.

Four days later, on December 13, Ndlovu netted again to set Huddersfield Town en route to a 3-1 win against Nottingham Forest at the City Ground. Ndlovu was again on target again in a 2-1 win over Watford.

Town won again in Ndlovu’s fifth match for the club, 3-0 at home to Tranmere Rovers, when Facey, Dyson and Gallen were on the scoresheet, while the skilful attacker’s last match in Town colours was a 0-0 draw at home to Sheffield Wednesday.

So Ndlovu had contributed four goals in a six-match unbeaten sequence, but Town didn’t sign him permanently and he eventually moved to Sheffield United, where he netted 25 times in 135 games.

Peter Ndlovu’s exploits followed a highly successful 6-year spell at Coventry City. He is now a manager at Mamelodi Sundowns in the ABSA premiership in South Africa.