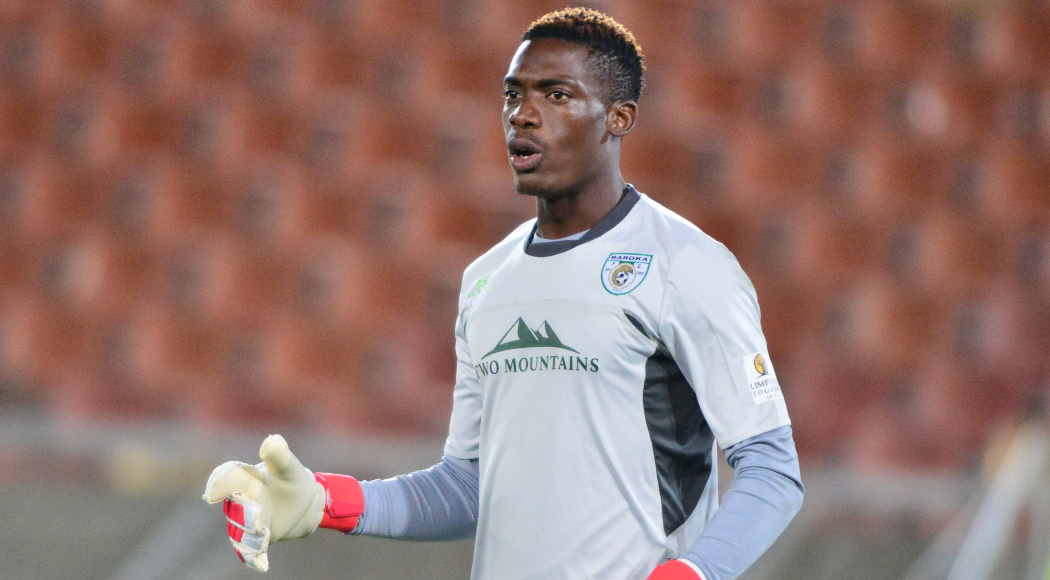 Zimbabwe international goalkeeper Elvis Chipezeze made some crucial saves which kept his side in the game but consumed some time on the ground to absorb the pressure against Mamelodi Sundowns.

Formerly of Chicken Inn, Chipezeze now plies his trade at South African side Baroka Swallows. In a match played at the Lucas Moripe Stadium on Tuesday night, Chipezeze was named MOTM.

Mosimane alleges that Chipezeze’s actions, which he described as unsportsmanlike, should not have earned him the honour. The draw left Sundowns in third place on Absa Premiership log with 22 points, five behind leaders Pirates. As for Baroka, they are now in 13th place with 11 points.

We should congratulate Chipezeze for being the Man of the match for wasting time. He is a good goalkeeper, and we have no doubt about it. He made brilliant saves, but you still give him the award when he is on the floor all the time.

South African football needs to look at certain things differently. I have said this (before) and I know I’m right.

I know who chooses the man of the match, but I’m wondering how do you give the award to a player who does things like this.

This is not the first time Mosimane has blasted the selectors. In August, he questioned why Khama Billiat was given the award when the Kaizer Chiefs winger, according to him, didn’t contribute much.