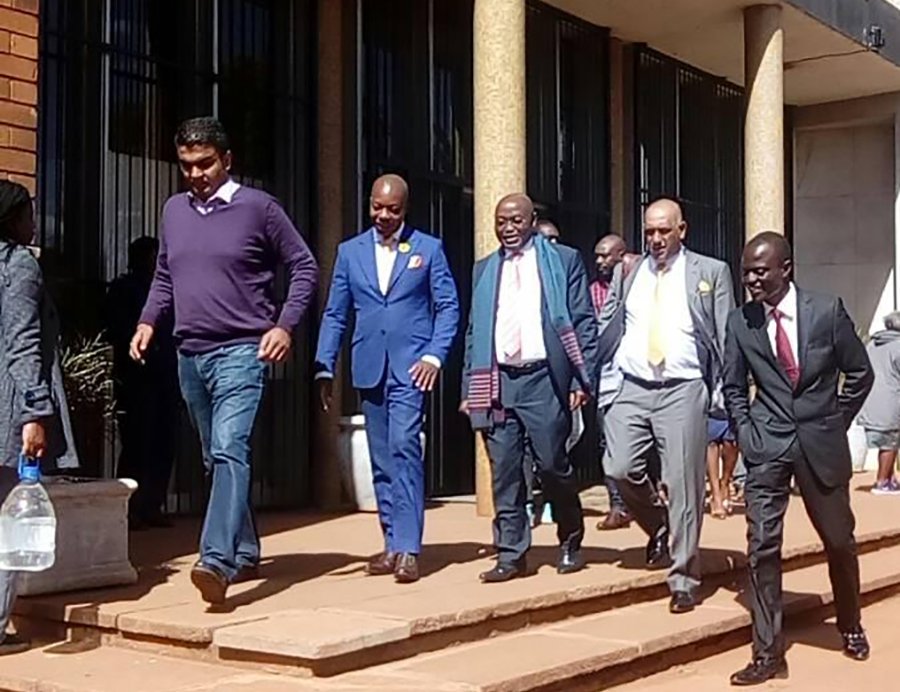 Former Highfield Member of Parliament  Psychology Maziwisa and ZTV news anchor Oscar Pambuka have been released from prison on $800 bail each. The pair had appealed against their conviction and sentence at the High Court. The duo was sentenced to 30 months each last week.

Maziwisa and Pambuka are alleged to have been fraudulently awarded a tender to do public relations work for Zesa Holdings by former Energy minister Samuel Undenge at a time the power utility had its own functional public relations department. The tender was awarded to their firm Fruitful Communications (Pvt) Ltd. Undenge was recently acquitted of all charges related to the same case.

The pair is among several high-profile people, among them former Cabinet ministers, who have been nabbed in the last few months by the anti-graft body as President Emmerson Mnangagwa’s administration intensifies its anti-corruption drive. However, the anti-graft drive has not yet borne any fruit as not a single person among those who have been arrested is serving a jail sentence.

Psychology Maziwisa is a politician and lawyer and former member of the Zimbabwe African National Union Patriotic Front party. He is also former Member of Parliament for the Highfield West constituency. In November 2018, following a trial on corruption charges, Maziwisa along with co-accused, Oscar... Read More About Psychology Maziwisa

Oscar Pambuka is a Zimbabwean journalist, entrepreneur, musician and, since May 2019, a religious church founder and self-styled prophet. In November 2018, following a trial on corruption charges, Pambuka along with co-accused, Psychology Maziwisa was convicted of defrauding the Zimbabwe Power Company of $12,500 in... Read More About Oscar Pambuka