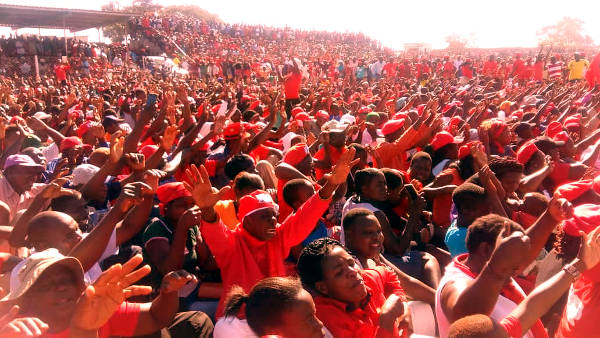 War veterans recently called on Parliament to amend the Constitution so that in future elections presidential candidates should have attained the age of 52 years. This was interpreted as a move to block Chamisa from contesting future polls.

However, the MDC Alliance appears to be unfazed by those threats. According to the Mail and Telegraph, MDC provincial secretary for information and publicity Dusty Zivhave said

As a province, we have resolved to recommend that President Chamisa will be our sole candidate for the 2019 Congress and beyond.

We will not negate the voices of over 2 million Zimbabweans who put their trust in our president. In consultation with all the 26 districts, we unanimously agreed that we are in total support and we will rally behind our president Chamisa.

We have a lot of reactionary elements in Zanu PF who want to amend the constitution to block our president. That will never happen on our watch and we will show Zanu PF that the country is not their private entity which they can do anything with as they please.

Chamisa will be our candidate for the 2023 elections and the decision to amend the constitution is merely wishful thinking. We cannot support that and we will get into the streets if they push for that amendment. That idea will never be bought even within Zanu PF.