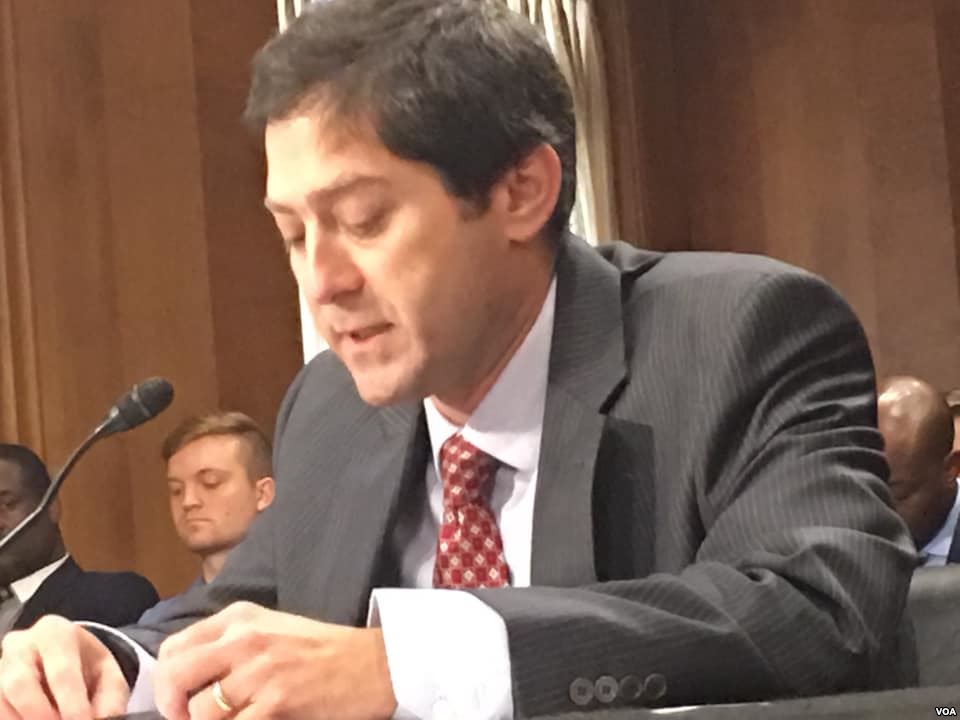 Todd Moss of the Washington-based Center for Global Development dismissed claims that Zimbabwe’s government is opening up the climate for investment, and that sanctions are hurting the country.

Moss urged the U.S. government to “be extremely cautious in engagement and use strategic patience,” and also called for continued pressure on Zimbabwe saying the claims that sanctions hurt the country, was a “complete red herring.” He said this during a congressional hearing on Zimbabwe in the United States capital, Washington DC on Thursday. Part of Moss’ testimony reads:

The government constantly complains that economic difficulties are the result of US sanctions rather than their own mismanagement and corruption. It is true that since 2003, the United States has imposed a modest program of targeted bilateral sanctions on those who have undermined democracy. There are currently 141 specific people and entities on the list, which is available on the US treasury website. This includes the President, Vice President, and four members of the cabinet. There are no trade sanctions against the country. There are no bans against financial transactions with any Zimbabwean not on the list of 141. The reason the government cannot borrow from international financial institutions is not because of US sanctions but because the government has not paid its bills since 2001 and is now more than $5 billion in arrears to international creditors (about $2 billion to the IMF and World Bank and roughly $3 billion to the US and other Paris Club creditors). Blaming the US is just another example of a government failing to take responsibility for its own actions.

Sadly, the Government of Zimbabwe did not use the opportunity of the 2018 election to get the country back on a democratic path. Until the Government of Zimbabwe has met the ZDERA criteria and unequivocally shown that it is on an irreversible path to true reform, the United States should withhold support for debt relief and new loans. At the same time, we should speak out about what is happening inside the country and implore our allies and friends to do the same. The United States can also be far more aggressive in our support for Zimbabwe’s beleaguered civil society and human rights defenders who, quite literally, are putting their lives on the line. The least we can do is to stand with them, amplify their voices, and help strengthen their resolve. They have proven worthy of our support. The Government of Zimbabwe has not.

3 comments on “Zimbabwe’s Economic Crisis A Result Of Govt Mismanagement Not US Sanctions- U.S.Think Tank”