The doctors are protesting against inadequate allowances, poor working conditions and lack of essential drugs and equipment at public hospitals. The doctors have also demanded an end to the current fuel crisis as well that they get their salaries in United States dollars. Below is a notice from Mpilo Central Hospital: 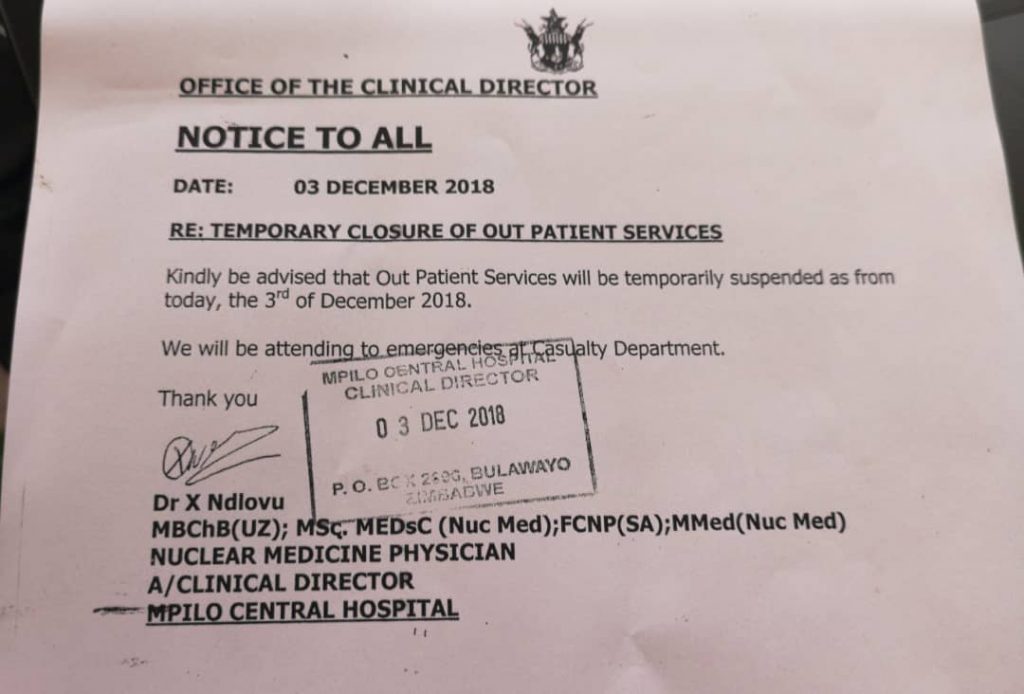