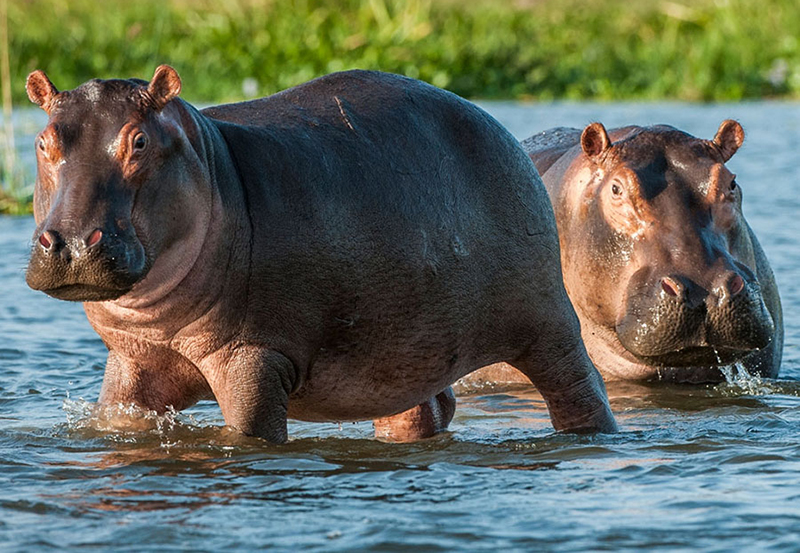 An America tourist was on Saturday attacked and injured by a hippopotamus as she canoed with her husband on the Zambezi River in Victoria Falls. The woman identified as Christine Yaldor, 37, was rushed to a hospital and treated for leg injuries. A Newzimbabwe.com source who witnessed the incident said

The couple was attacked by a hippo when they peddled closer to it. The woman sustained injuries on the leg and was rushed to hospital after being rescued by tour guides.

I can confirm that an American woman was attacked by a hippo while canoeing. She sustained some injuries on her leg but she has been since treated and the wound dressed.

Our message remains the same, we urge tourists to be vigilant and extra careful. Never underestimate these animals. Simply stay away from them. Let us be careful and avoid unnecessary deaths and injuries.

One Comment on “American Tourist In Hippo Attack On The Zambezi River, Rushed To Hospital With Leg Injury”