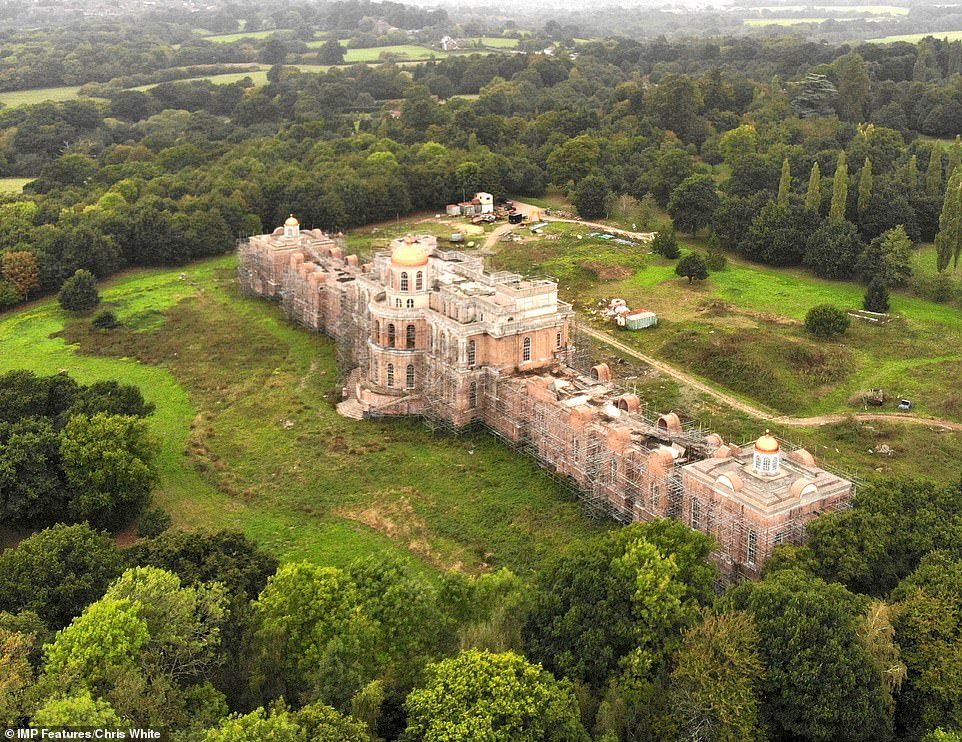 Hoogstraten has been building the £40 million palace, replete with golden-domed mausoleum, near Uckfield in East Sussex, since 1985. When locals complained the businessman had left it to rot two years ago Hoogstraten said:

Even the most moronic of peasants would be able to see… that we have been busy landscaping the grounds of the Palace so as to prepare for scheduled works.

It has been two years since the last images were taken of the property and very little seems to have changed, with builders nowhere in sight. Scaffolding still adorns the main building, and smaller side builder near the lake and the main grounds look uncared for. Hoogstraten previously dismissed criticism that the building was falling into disrepair and said it would last for thousand of years. Hoogstraten also previously ruled out letting the building be used to house the local homeless community.