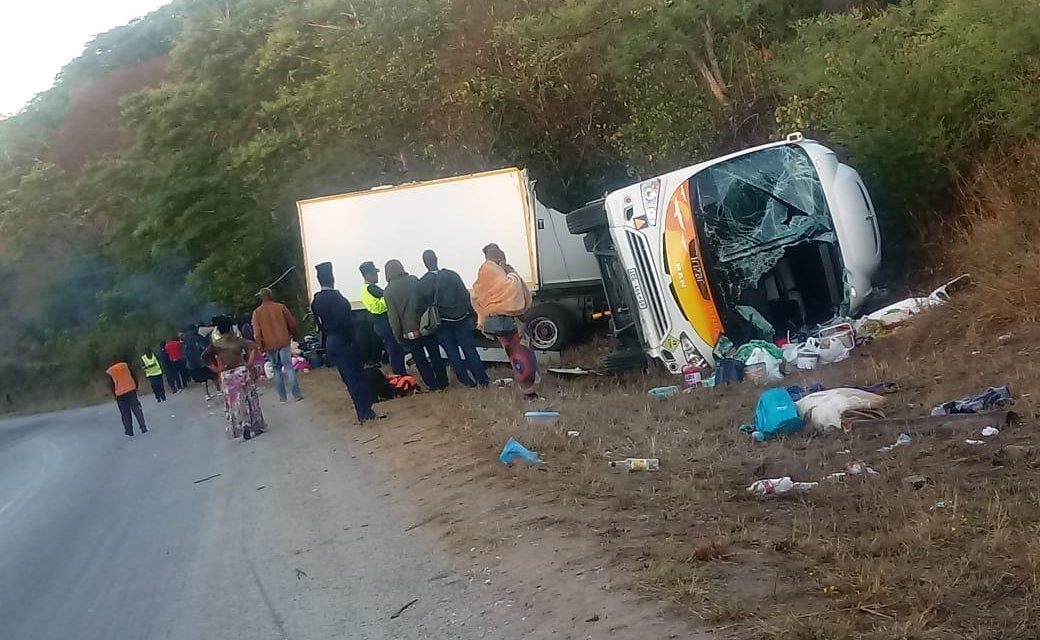 Fifteen people were injured when an Intercape Bus overturned along the Masvingo-Beitbridge highway this morning.

The bus was coming from Johannesburg on its way to Malawi. Passengers who were on the bus said the accident occurred after the Intercape Bus driver tried to avoid a head-on collision with a haulage truck that had encroached onto the oncoming traffic lane.

The bus overturned into a ditch at Nyanda which is approximately 15 km outside Masvingo. Survivors of the accident told the ZBC News that the haulage truck driver fled the scene. The injured were rushed to Masvingo Hospital and no fatalities have been recorded so far.