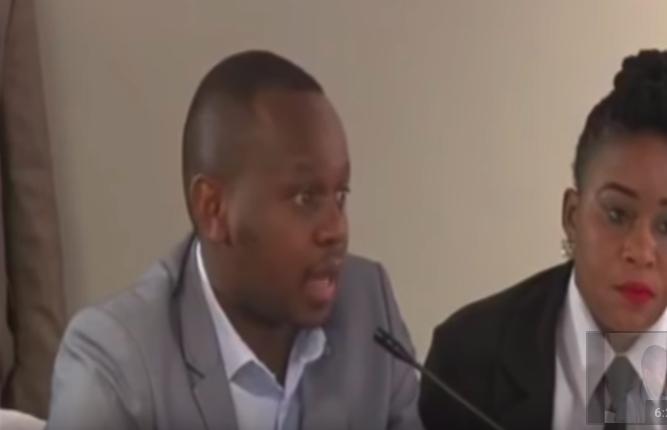 Journalist Maynard Manyowa says he and his family were now living in fear for their lives after being subjected to threats by people who were not pleased with his comments exonerating the army from killing civilians on August 1.

Manyowa has filed a police report and a formal complaint with the Kgalema Motlanthe led Commission of Inquiry into the post-election disturbances. In a statement, the commission’s spokesperson John Masuku urged law enforcement agents to investigate the alleged threats. He also urged those attending hearings not to heckle witnesses giving their testimonies. Said Masuku:

The Commission implores the police and other enforcements agents to fully investigate urgently the allegations by Mr Manyowa and bring all perpetrators of verbal and physical violence or abuse who cause harm, despondency and discouragement to citizens who have freely testified before it.

Six civilians were shot and killed by what is widely believed to be members of the army who were deployed in central Harare on August 1.

'Maynard Manyowa is a Zimbabwean journalist, entrepreneur and spokesperson of Malawian religious leader Shepherd Bushiri. He founded Khuluma Afrika, an online-based publication. He is also a contributor to South African based publications News24 and Daily Maverick. In November of 2018, Manyowa appeared before The Motlanthe... Read More About Maynard Manyowa