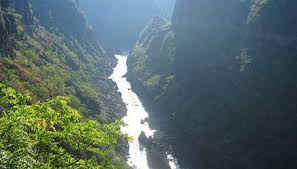 The country is expected to increase its power generation capacity in the next few years. Plans are already underway to construct a hydro-electric power plant at the Batoka Gorge along the Zambezi River. The planned power plant is expected to generate 2 200 megawatts and will be jointly operated by Zambia and Zimbabwe. President Mnangagwa is said to have already met the companies to work on the project, namely General Electric and Power China. Mnangagwa had this to say

I wrote to President Edgar Lungu proposing that a consortium of Power China and General Electric be contracted to work on the project which has been outstanding since 1972 when it was first proposed. President Lungu graciously agreed. This week the consortium is set to make a presentation to us here in Zimbabwe so the project can begin. Once completed, the project will generate about 2 200 megawatts which will be shared equally between us and Zambia. With other power projects either completed, underway or planned, Zimbabwe is set to be a power surplus nation.

Are you in Zimbabwe?
Read Pindula News without data on your phone on freedata.pindula.co.zw
Only Applicable to Econet lines
#FreeData
Zambezi River